Miss Colombia speaks out about mistakenly being named Miss Universe 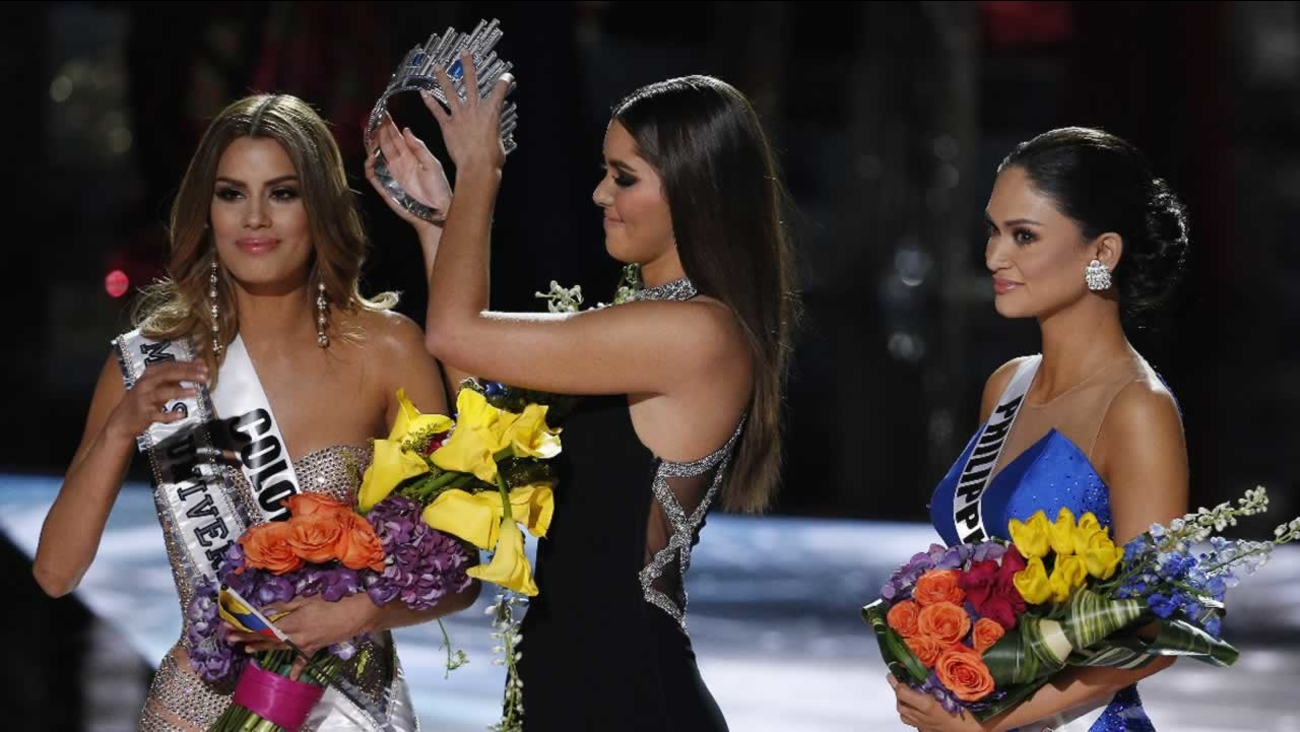 LAS VEGAS (KGO) -- Miss Colombia is explaining how she really feels about that on-air mishap that gave her the Miss Universe crown, then took it away.

Miss Colombia thought she won when in fact, the crown belonged to Miss Philippines.

Now, in a new TV interview on Univision, Ariadna Gutierrez reveals she cried a ton that night.

The 22-year-old says her dream came true then it was destroyed in a matter of minutes.

Harvey is also speaking out, denying rumors the flub was a publicity stunt.

"Why the hell would I do that? I'm already famous. Do you really think I wanted to be famous like this?" he asked.

The Miss Universe organization tells ABC News that the teleprompter did not have the winner's name and just read "and the winner is...."

Then, when Harvey saw the card that listed Miss Colombia as the first runner up, he got confused.

I'd like to apologize wholeheartedly to Miss Colombia & Miss Philippines for my huge mistake. I feel terrible.

Secondly, I'd like to apologize to the viewers at that I disappointed as well. Again it was an honest mistake.

I don't want to take away from this amazing night and pageant. As well as the wonderful contestants. They were all amazing. 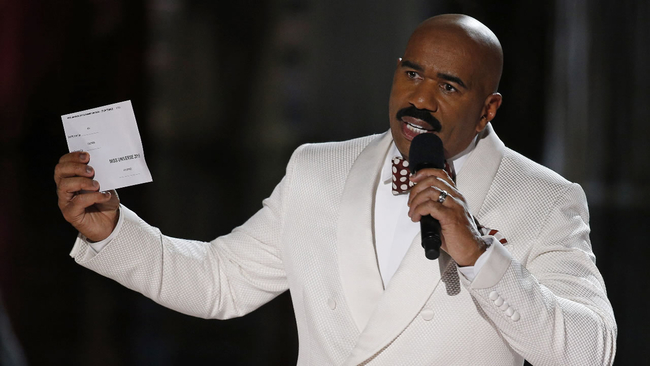 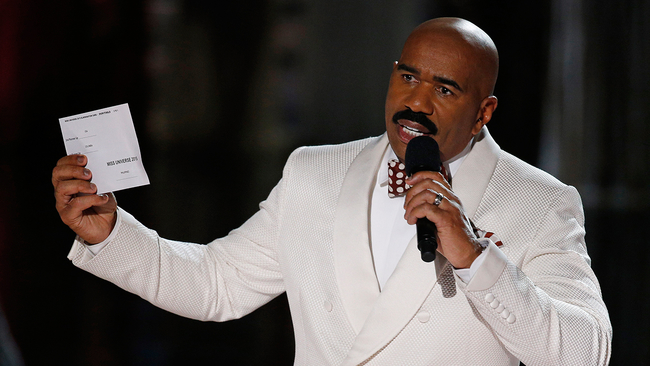