Fremont intersection to be closed until Tuesday night due to sinkhole 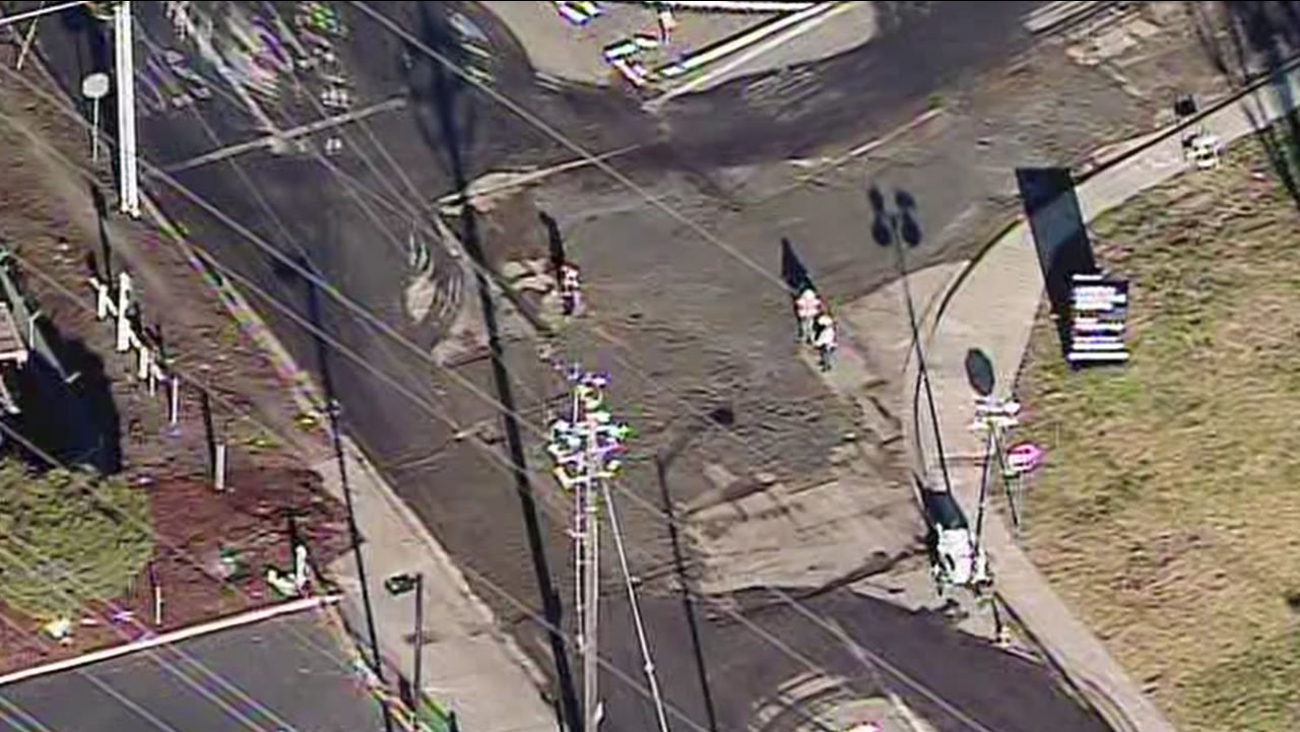 Workers in Fremont, Calif. are working to patch up a sinkhole at the intersection of Christy and Albrae streets, January 12, 2015. (KGO-TV)

FREMONT, Calif. -- Police are advising motorists today to avoid a Fremont intersection that was closed after a sewer main break in Fremont on Saturday caused a large sinkhole, according to police.

Fremont police issued an advisory at 4:10 p.m. today warning that the intersection of Christy and Albrae streets would be closed to traffic until Tuesday night.

Police said there's a sinkhole that appeared there when a sewer main broke early Saturday morning. Crews are working to repair the damage to the roadway, police said.