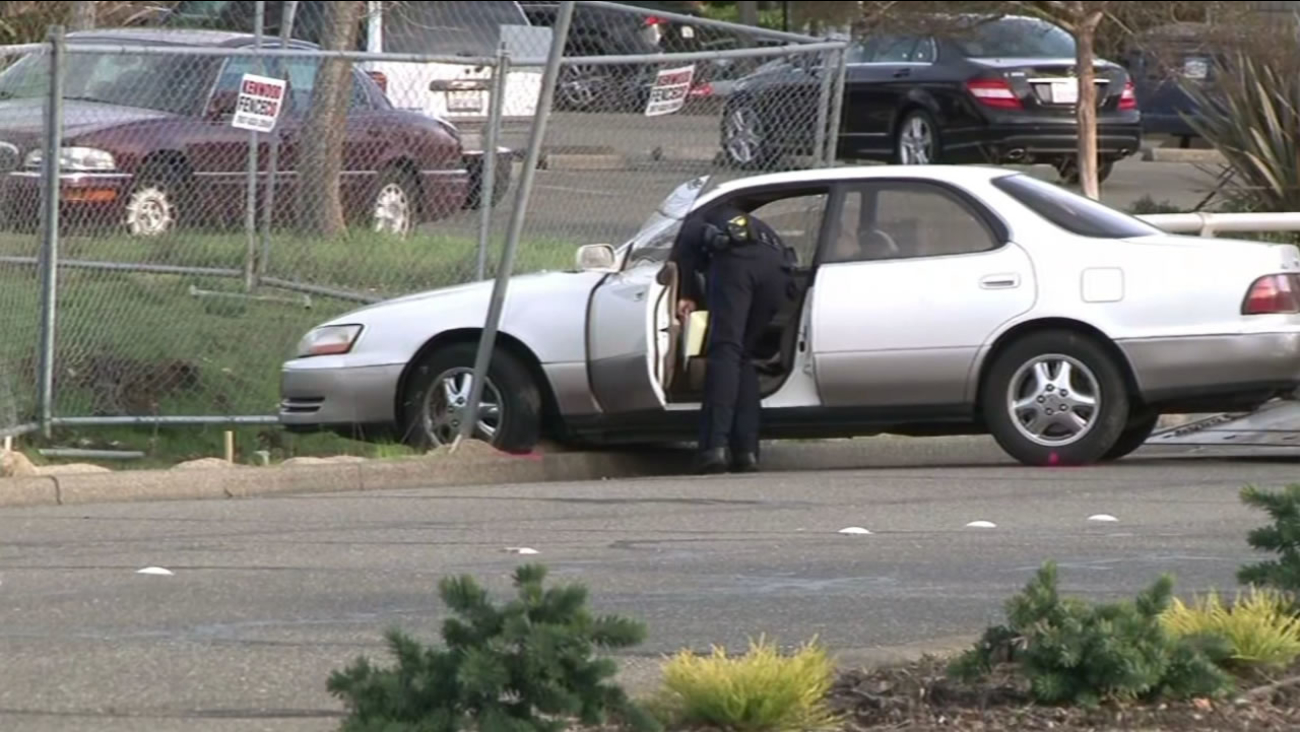 SANTA ROSA, Calif. -- Two elderly women were taken to the hospital after being struck by a suspected DUI driver exiting a parking lot Wednesday afternoon, according to police.

Officers were dispatched to the Oakmont Village Market at 6550 Oakmont Dr., at 1:13 p.m. on a report of two pedestrians involved in a vehicle crash.

Investigators determined that the victims, ages 91 and 85, were walking on the sidewalk and crossing the driveway to the parking lot when they were struck by a Lexus sedan driven by 77-year-old Santa Rosa resident Gayle Gray.

Gray was still in her vehicle when officers arrived, police said.

She had a small dog in her lap while driving, and mistakenly hit the gas pedal when she had meant to hit the brakes, according to police.

Gray struck the elderly pedestrians and continued accelerating across Oakmont Drive as they were thrown from the hood of her car. She went across the center divide, struck a fence and a dirt embankment on the far side of the road before coming to a stop.