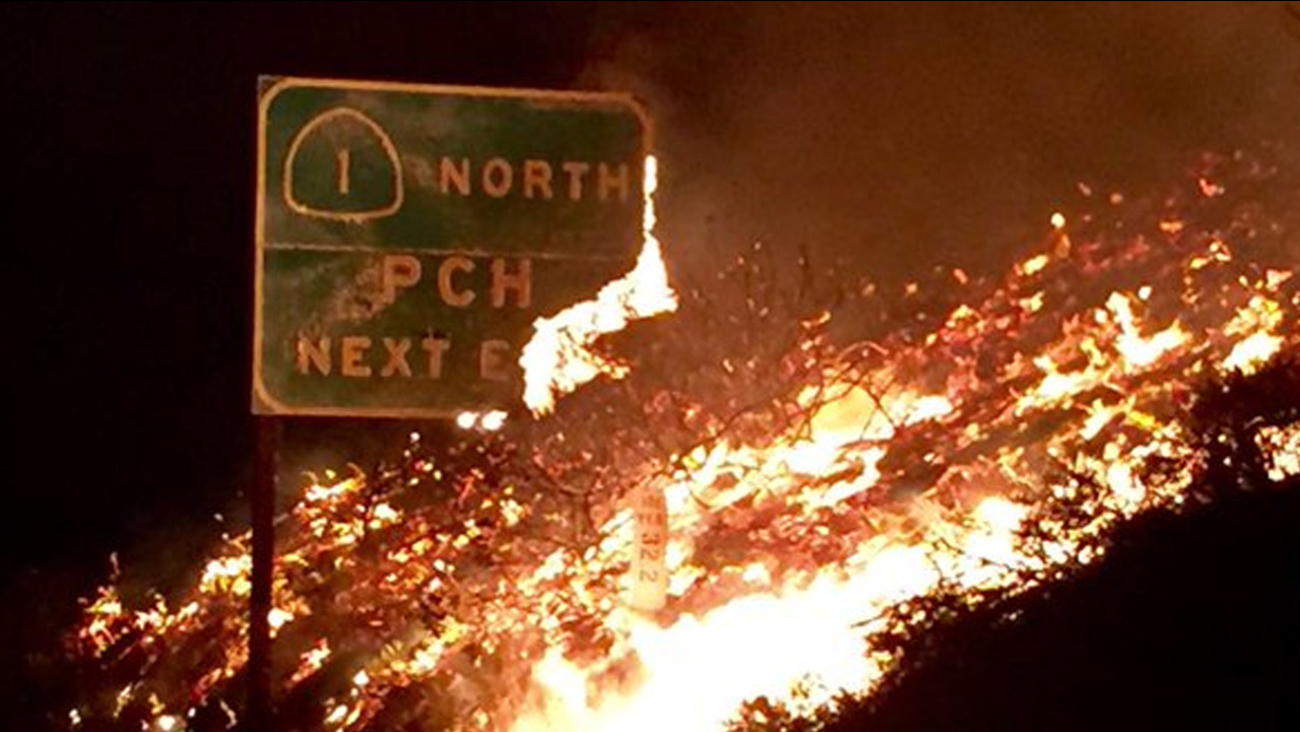 A sign for the Pacific Coast Highway near Solimar Beach burns near Ventura on Saturday, Dec. 26, 2015. (KABC)

Smoke billows from the hilltops near Solimar Beach as a brush fire rips through dry brush on Saturday, Dec. 26, 2015.