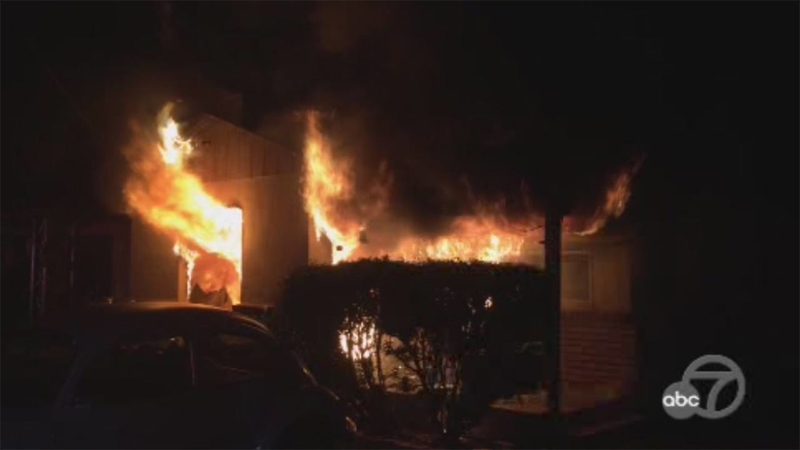 SAN JOSE, Calif. -- Firefighters in San Jose this morning are at the scene of a two-alarm residential structure fire that displaced three residents.

Firefighters responded at 12:22 a.m. to a duplex at 919 South 11th St. and found both units of the structure in flames, according to San Jose fire Capt. Mike Van Elgort.

Fire crews are still at the scene and are working to put out any hotspots.

Nearby houses were evacuated as a precaution, but firefighters were able to keep the blaze from spreading, Van Elgort said.

There were no reported injuries in the fire.