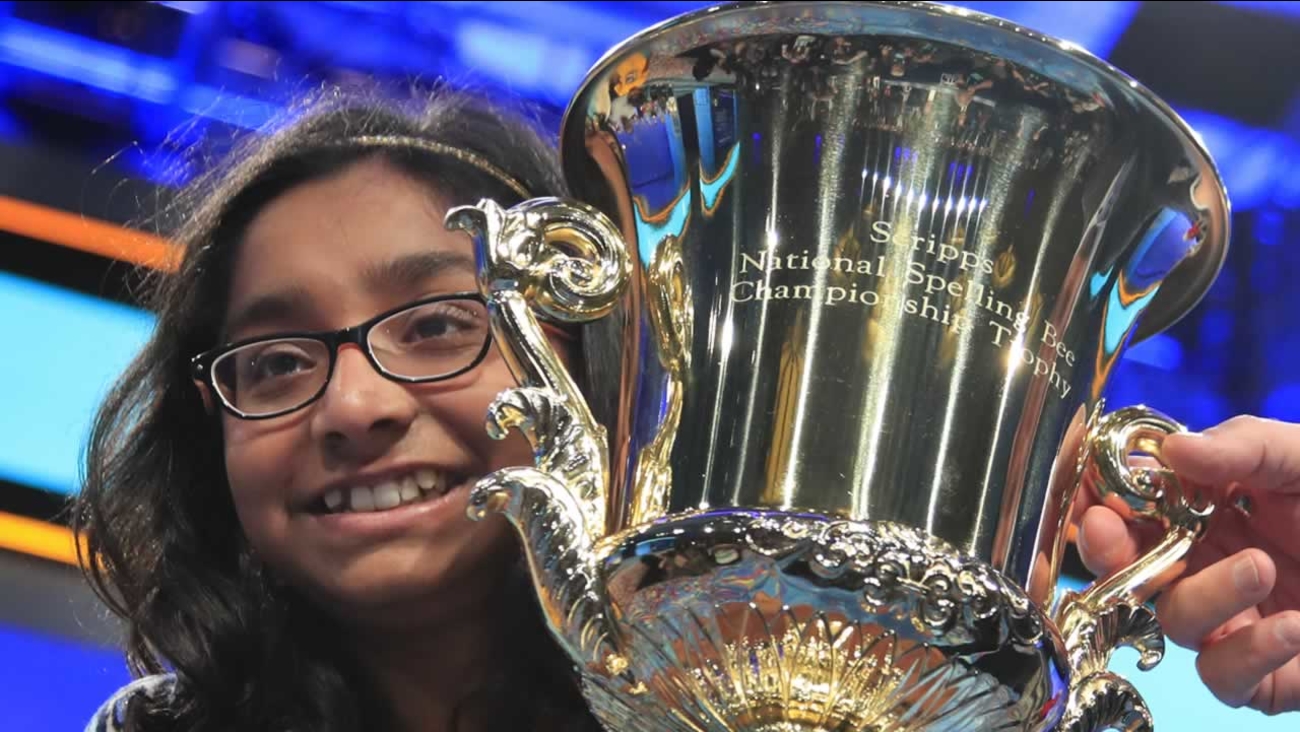 FRESNO, Calif. -- Ananya Vinay never looked all that impressed by any of the words she was given in the finals of the Scripps National Spelling Bee.

The 12-year-old from Fresno, California, showed little emotion and didn't take much time as she plowed through word after word. Sometimes she would blurt out questions, with little intonation - "Part of speech?" ''Language of origin?" - and sometimes she didn't even bother.

Unflappable to the end, Ananya seized the opportunity when her steely opponent, Rohan Rajeev, flubbed a simple-looking but obscure Scandinavian-derived word, "marram," which means a beach grass. She calmly nailed two words in a row, ending on "marocain," which means a type of dress fabric of ribbed crepe, to win the 90th Scripps National Spelling Bee on Thursday.

Ananya barely cracked a smile even when her parents and younger brother stormed onto the stage to embrace her as the confetti fell. And she took time to console Rohan, who remained in his seat, wiping tears from his eyes.

"It's like a dream come true," Ananya said as she held the trophy. "I'm so happy right now."

Ananye always looks like she has better places to be when she finishes slayin a word. #spellingbee pic.twitter.com/VmfOfS4ofA

It was the first time since 2013 that the bee declared a sole champion. After three straight years of ties, the bee added a tiebreaker test this year, and it looked like it might come into play as Ananya and Rohan dueled for nearly 20 rounds.

Ananya was on the radar of some veteran bee watchers but didn't come in with a high profile. She participated in last year's bee but didn't make the top 50. As a sixth-grader, she could have come back for two more years, had she fallen short. Now, she'll return only in a ceremonial role to help present the trophy to next year's winner.

For Rohan, a 14-year-old eighth-grader from Edmond, Oklahoma, it was his first and only time on the national stage, but he's competed for years in other bees and he sought tutelage from another Oklahoman, Cole Shafer-Ray, who finished third two years ago. Rohan's close call was even more heartbreaking.

Ananya is the 13th consecutive Indian-American to win the bee and the 18th of the past 22 winners with Indian heritage, a run that began in 1999 with Nupur Lala's victory, which was featured in the documentary "Spellbound." Like most of her predecessors, she honed her craft in highly competitive national bees that are limited to Indian-Americans, the North South Foundation and the South Asian Spelling Bee, although she did not win either.

Mira Dedhia, trying to become the first offspring of a past competitor to win, finished third.

Before Ananya and Rohan began their lengthy duel, the primetime finals were marked by surprising eliminations of better-known spellers. Shourav Dasari, a past winner of both minor-league bees, was described as the consensus favorite as the ESPN broadcast began. He had the most swagger of the finalists, at one point spelling the word "Mogollon" as soon as he heard it and turning around to return to his seat.

He was felled in fourth place by a killer word, "Struldbrug," that was coined by Jonathan Swift in his novel "Gulliver's Travels" and had no recognizable roots or language patterns to fall back on.

"I was honestly, absolutely shocked. It was stunning," former speller Jacob Williamson said. "Shourav is one of the greatest spellers of all time and he's probably the best speller that never won."
Report a correction or typo
Related topics:
societyfresnospelling beescripps national spelling beefresno
Copyright © 2020 by The Associated Press. All Rights Reserved.
RELATED 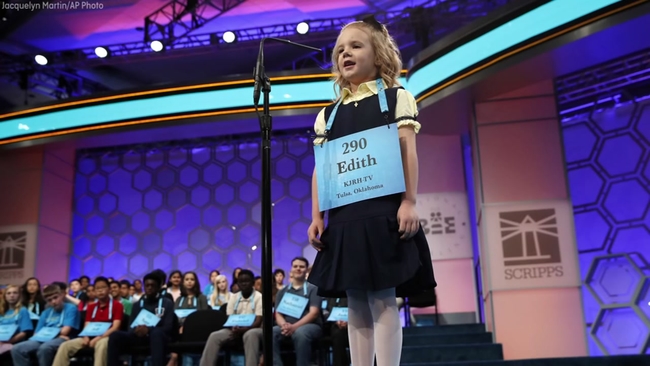