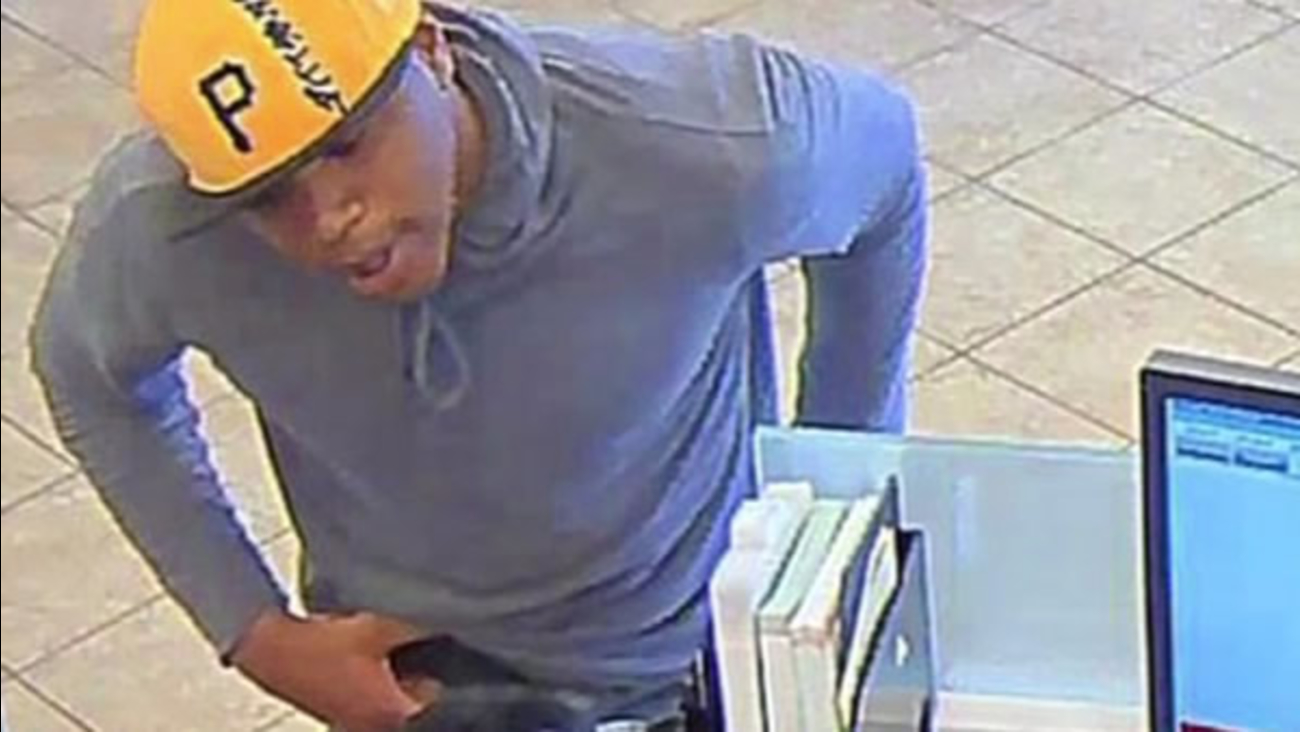 KGO
UNION CITY, Calif. (KGO) -- Wells Fargo is offering a $5,000 reward for information leading to the arrest of a bank robbery suspect.

Police say he handed the teller a note demanding cash and lifted his shirt to show what appeared to be a gun. The teller noticed the man had a tattoo of a star near his right ear.