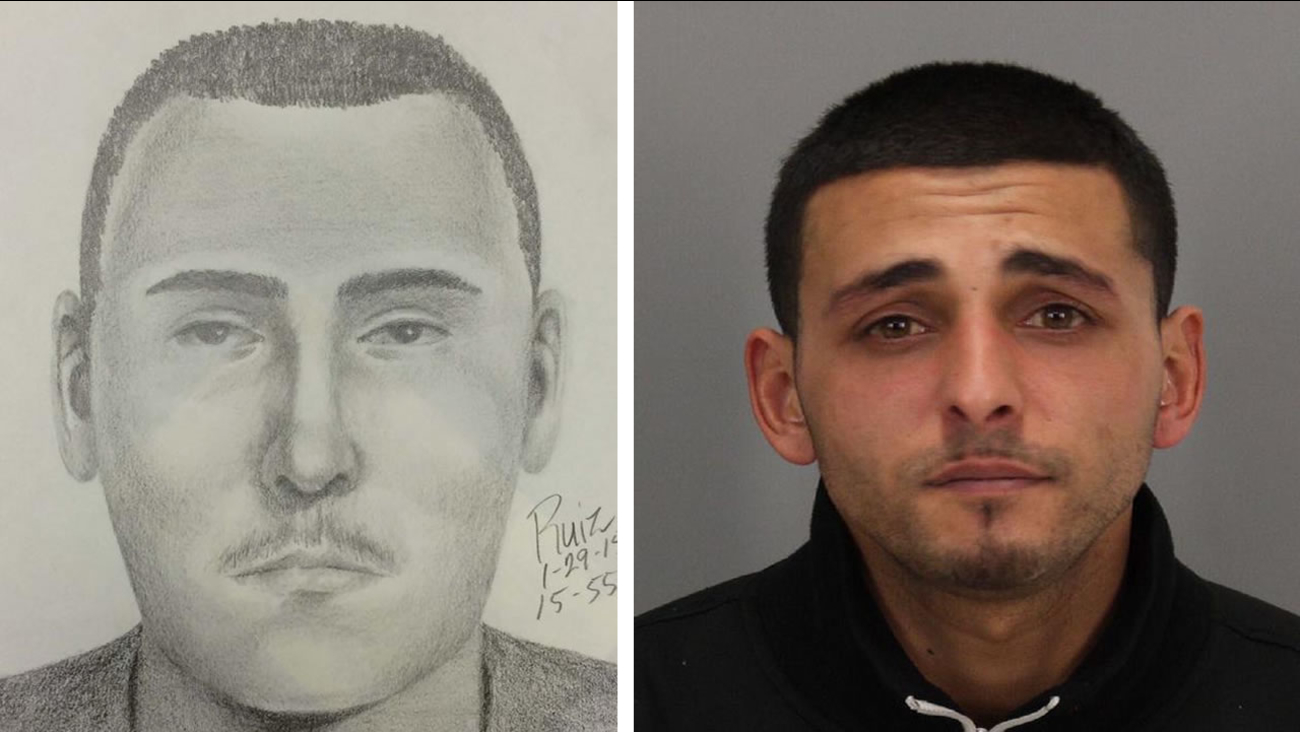 Palo Alto police release a sketch of a suspect still wanted in an armed robbery at Fry's Electronics and a photo of another suspect arrested in the case, 24-year-old Jason Fayed.

Jason Alaa Fayed, 24, was taken into custody in the 200 block of A Street in Hayward around 10:15 a.m. Wednesday on suspicion of robbery, conspiracy and burglary.

Fayed, a Hayward resident, is not believed to have been armed during the crime. The second suspect, the individual who had the gun, is still at large, police said.

Police said Fayed's accomplice has not yet been identified, but detectives are actively working on the case.

The robbery occurred Jan. 28 at the Fry's Electronics store at 340 Portage Ave. The two suspects ran out of the store after allegedly stealing three consoles valued at a total of $1,200, police said.

When an employee attempted to stop them, one of the suspects pulled a gun, but did not fire it, according to police.

No injuries were reported in the robbery.

The Palo Alto Police Department is asking anyone with information about the robbery or the suspect still at large to call (650) 329-2413. Anonymous tipsters can call or text (650) 383-8894 or send an email to paloaltotipnow.org.