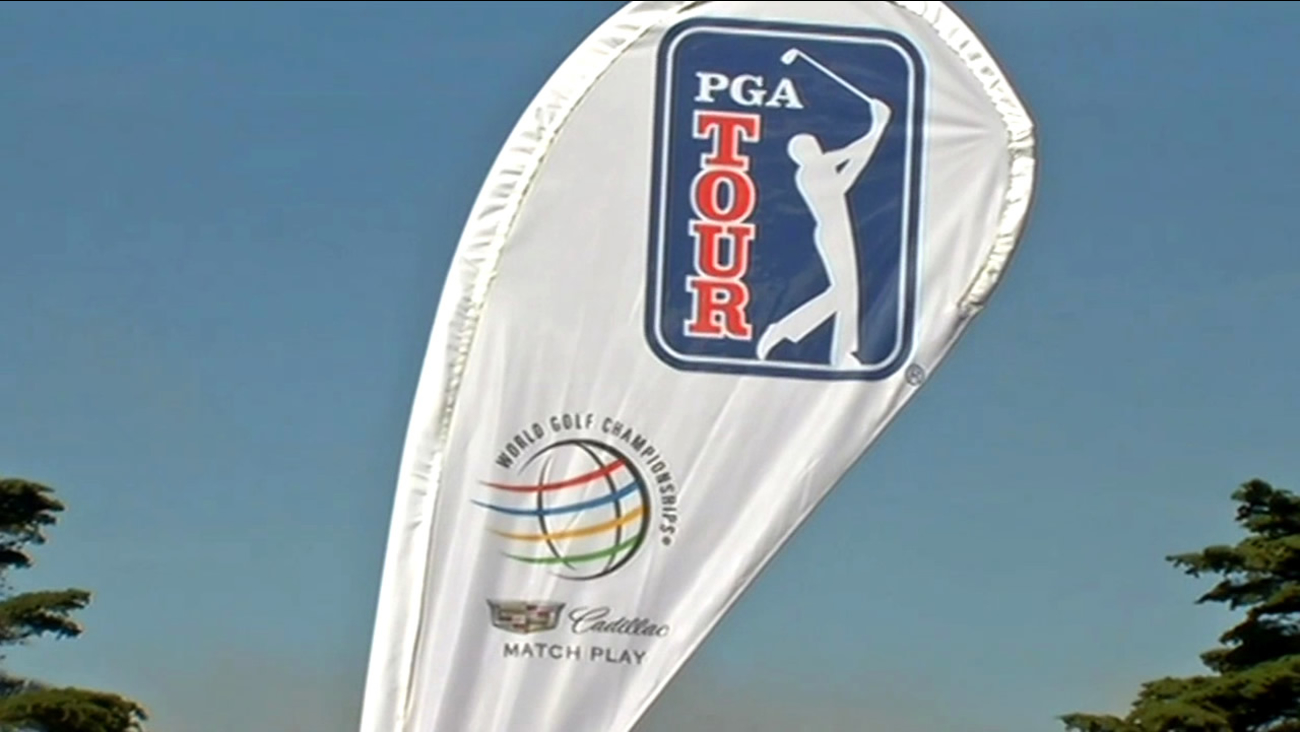 A sign for the World Golf Championships Cadillac Match Play is seen in San Francisco on Feb. 16, 2015.

SAN FRANCISCO (KGO) -- Sixty-four of the world's best golfers will be in San Francisco in April for a PGA Tour. The choice of venue is not a private golf club, but the city's municipal course.

If you love golf, then you'll benefit from the opportunity to see some of the greats like Phil Mickelson and Bubba Watson. And under a new agreement with the PGA, the more fans show up, the more money the city stands to make.

They were there to publicize the World Golf Championships Cadillac Match Play, coming in April.

"It drives big revenues for us with all the tourists who come here to participate and be part of this professional golf tour," Lee said.

The executive director estimates a $30 million to $35 million economic infusion for the Bay Area, plus a global impact.

"We'll be televised in 240 countries," said Tom Clark with Cadillac Match Play. "And for the first time we anticipate we'll hit a billion homes."

But some have felt the city could do better financially.

The PGA Tours, like one in 2005, pay for putting on the events. But now, after advice from the supervisor's budget analyst, there's a new deal and the city has a shot at sharing some of the profits.

"If the tour does well enough, we get a small percentage of additional revenue that will come back into our youth programs and into our maintenance of the golf course," said Phil Ginsburg with San Francisco Recreation and Park.

A nonprofit youth program, First Tee of San Francisco, will get a big boost from the tour. The title sponsor Cadillac and the PGA will donate more than $100,000.

The program uses the fun of the game as a teaching tool.

"A lot of great lessons you can learn from the game of golf like honesty, integrity, perseverance," said Dan Burke with First Tee.

All that will be on display from star players, April 27 through May 3.
Related topics:
sportssan franciscocelebritybudgetpgaeconomyed leegolftourismnon profit
Copyright © 2021 KGO-TV. All Rights Reserved.
TOP STORIES
SFGH to give supplemental mRNA vaccine to those who got J&J shot
EXCLUSIVE: SJ businesses targeted by anti-maskers amid surge
Delta variant creates 'tricky path' for Newsom ahead of recall
Bay Area health officers issue new indoor mask mandate
Kaiser Permanente, others announce vaccination requirements
Can a breakthrough infection still lead to long haul COVID-19?
7 On Your Side investigates calamity at California EDD
Show More
CDC COVID map shows areas of high transmission in Bay Area
Epidemiologist explains how effective the COVID-19 vaccine really is
Evictions expected to spike as pandemic moratorium ends
I-580 reopens after police activity closes freeway in both directions
Some areas of South Tahoe closed due to animals with plague
More TOP STORIES News