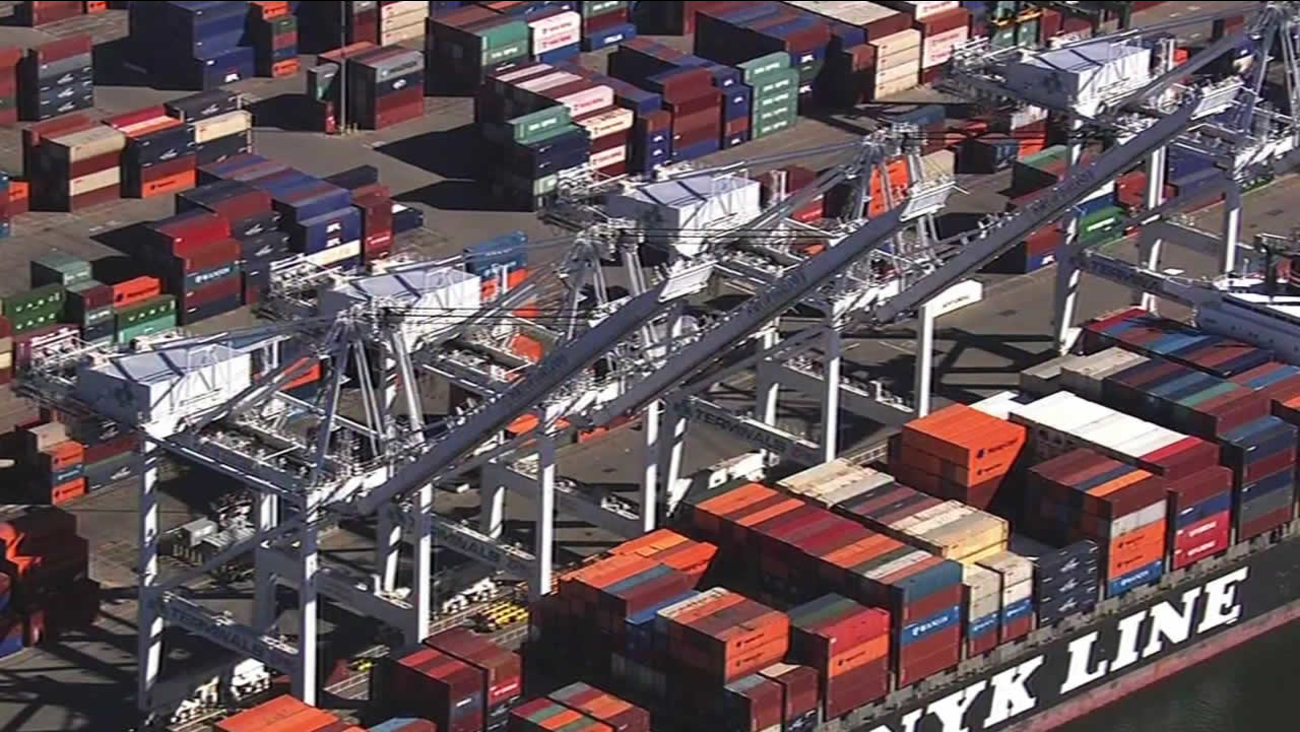 KGO
OAKLAND, Calif. -- The ongoing labor dispute between unionized dockworkers and their employers at 29 West Coast ports, including the Port of Oakland, is keeping commerce at a standstill, Oakland Mayor Libby Schaaf said Wednesday.

The dispute is "really hurting our economy, our people, our businesses and our entire nation," Schaaf said.

She said that if an agreement isn't reached soon, major retailers might start shipping their products to Canada and Mexico instead of to West Coast ports.

The previous contract for the 20,000 dockworkers represented by the International Longshore and Warehouse Union expired on July 1.

Talks between the ILWU and the Pacific Maritime Association, which represents shipping companies that operate at West Coast ports, have been going on for nine months but no agreement has been reached so far.

A federal mediator has been involved in the negotiations and U.S. Secretary of Labor Tom Perez joined the talks on Tuesday at the request of President Barack Obama.

Perez said in a statement that he will continue to meet with both parties today while continuing to regularly brief senior Obama administration officials on the ongoing negotiations.

Perez said his meetings with the ILWU and PMA on Tuesday were "positive and productive" but he stressed, "It's imperative the parties come to an immediate agreement to prevent further damage to our economy and
further pain for American workers and their employers."

Schaaf said Perez told West Coast mayors in a conference call late Tuesday that, "All the hard issues have been resolved except on the very small issue of arbitrators."

The PMA said in a statement last week that the union wants the right to fire arbitrators after an unfavorable decision, which would essentially prevent any decision against the union in arbitration.

But ILWU spokesman Craig Merrilees said the union is only arguing that rather than being appointed for life, arbitrators should be appointed for the lengthy of a union contract, which typically is six years.

Merrilees said that at the end of a contract, both the union and the PMA would revisit whether arbitrators would remain for another contract term.

Schaaf, who formerly served as the Port of Oakland's public affairs director, said the labor dispute is impacting the port because, "We have produce rotting on our docks that should be going to sail in Asian
markets but things are so slow in Southern California that ships are turning around and not coming back to Oakland to pick up our exports."