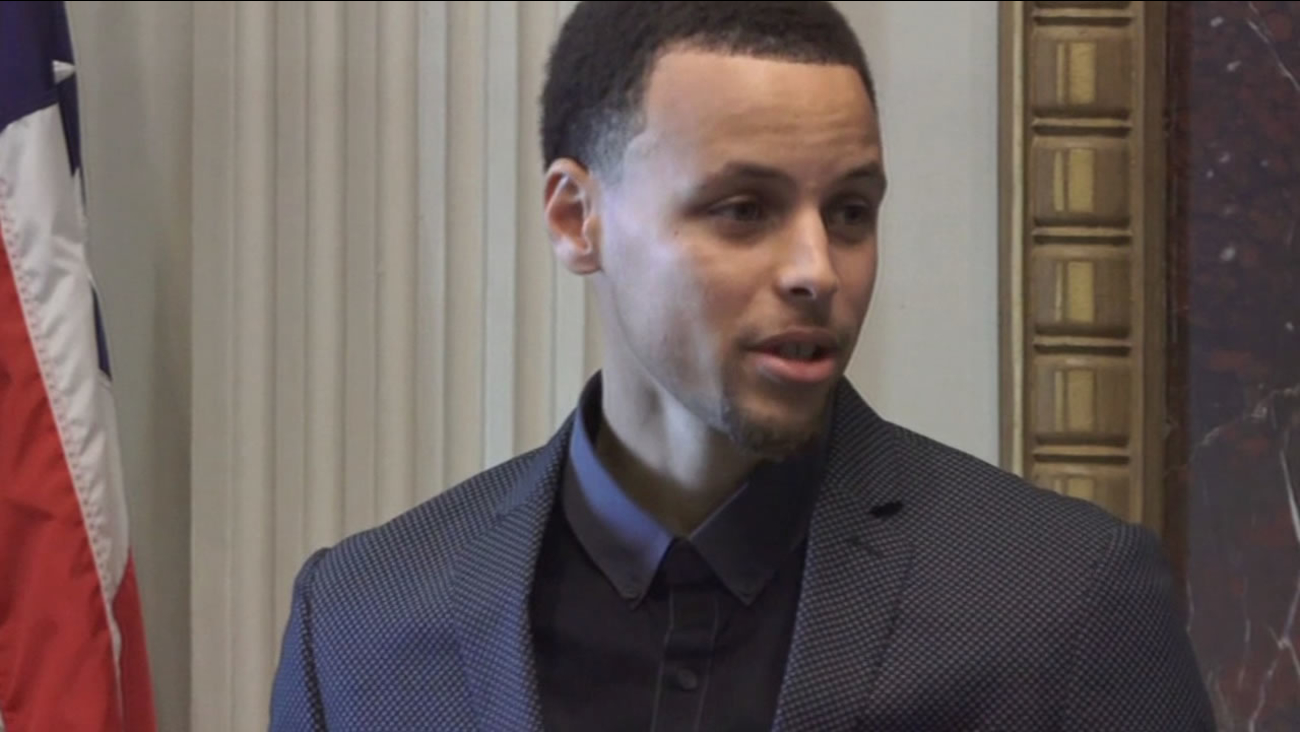 WASHINGTON (KGO) -- Golden State Warriors All-Star Stephen Curry is used to being center court, but on Wednesday he took center stage at the White House to champion a personal cause -- the fight against malaria.

We're told that Curry met with President Barack Obama and the two talked about the fantastic season the Warriors are having. A picture on Twitter showed Curry getting cozy with the first dogs Bo and Sunny.

What could be better than@StephenCurry30 meeting Bo & Sunny at the @WhiteHouse? pic.twitter.com/ovakLAwIMc

But the key reason Curry was at the White House was to support the nation's 10-year initiative on malaria, which is something the Warriors guard is passionate about.

Curry is having a sensational season, and one of the payoffs has been his crusade against malaria. He talked about it Wednesday at a White House event celebrating progress that's been made to eradicate the mosquito-borne infectious disease devastating sub-Saharan Africa.

Helfrich, who's from the East Bay, joined the basketball star at the White House.

"The year that Steph is having today, I would expect that there's gonna be a lot more focus on his personal efforts in this area, which will do nothing but increase the effectiveness of the program," said Warriors President and CEO Rick Welts.

The Warriors are hosting a Nothing But Nets event at the March 8 game at Oracle Arena. The team will donate a net for every special event ticket purchased and those fans will have the opportunity to see Curry give a post-game talk.