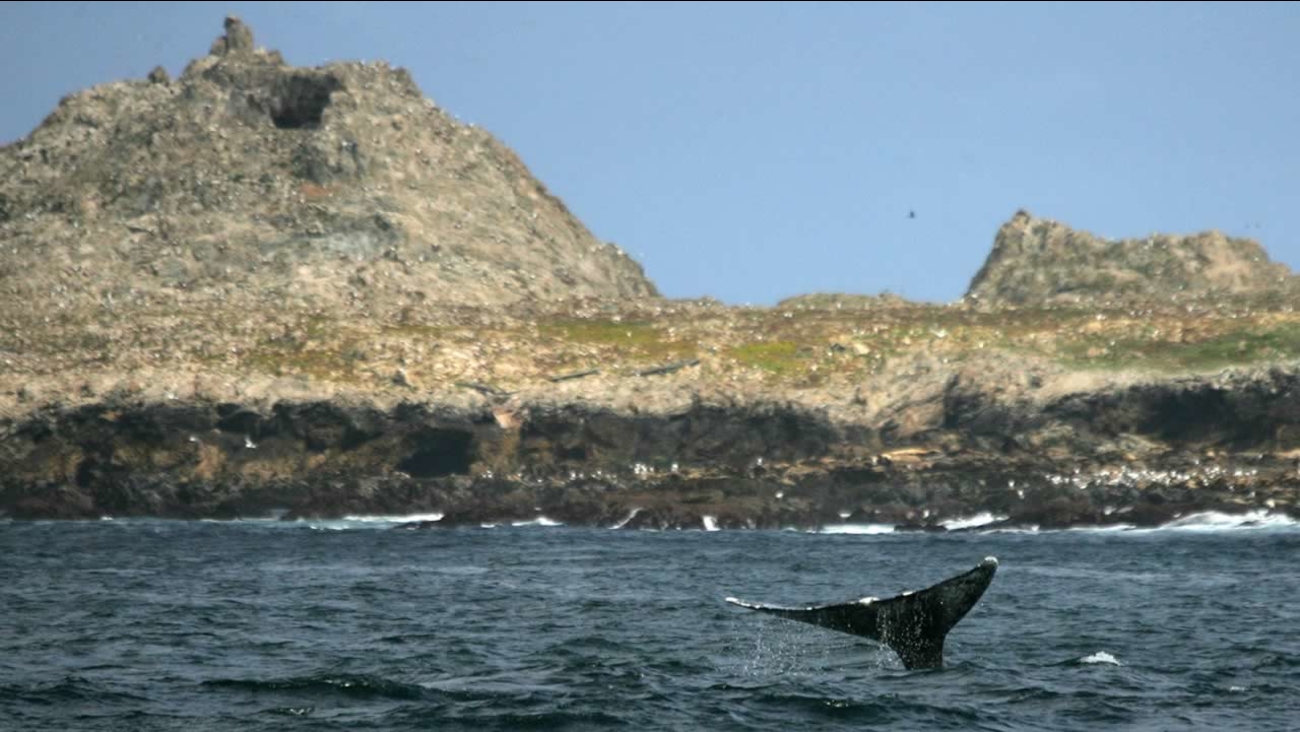 A gray whale swims past the Southeast Farallon Island of the Farallon National Wildlife Refuge in California, Thursday, May 12, 2005. (AP Photo/Eric Risberg)

Two national marine sanctuaries off the Bay Area coast soon will more than double in size, according to the National Oceanic and Atmospheric Administration.

The change was published in the Federal Register today and takes effect after 45 days of continuous session of Congress, according to NOAA.

Additional marine and coastal habitats and biological resources and ecological features in the region will be protected because of the expansion.

"We are thrilled to announce the expansion of two of our sanctuaries in California," NOAA deputy administrator and acting assistant secretary of conservation and management Holly Bamford said in a statement.

Research by NOAA and years of public comment resulted in the expansion. NOAA and its partners identified a zone off Point Arena where nutrients well up to the ocean's surface and this zone flows south into the sanctuaries' original areas.

The identification of this upwelling zone is the main reason for the expansion.

"It may be the most productive upwelling zone in the world," superintendent of the Gulf of the Farallones National Marine Sanctuary Maria Brown said.

Brown said the zone's productivity reflects its ability to support life, with animals coming from as far away as Indonesia and New Zealand to feed.

"We are the restaurant for animals all around the Pacific Ocean," she said.

"This expansion is the outcome of a tremendous collaborative effort by government, local communities, academia and elected officials to provide additional protection for critical marine resources," director of NOAA's Office of National Marine Sanctuaries Daniel Basta said in a statement. "It presents a bold vision for protecting the waters off the northern California coast for current and future generations."

The sanctuaries support an array of sea life, including 25 threatened or endangered species, 36 species of marine mammals and more than 250,000 breeding seabirds.

NOAA started receiving interest in the expansion in 2001 and in 2008 included a public process in the sanctuaries' management plans to consider an expansion. The public process took place between December 2012 and June 2014.