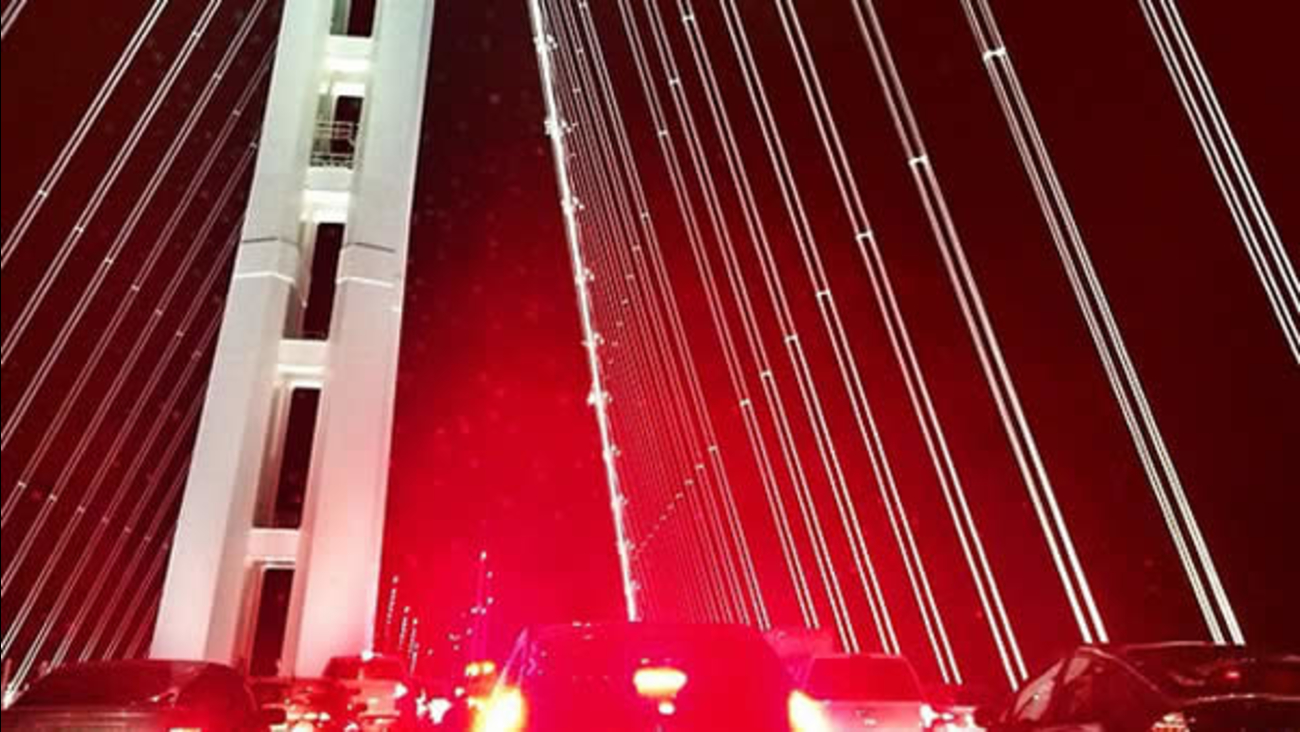 SAN FRANCISCO (KGO) -- Officials say a motorcyclist has died following an accident on the upper deck of the Bay Bridge near Treasure Island on Monday.

Officers responded to a report of an accident on westbound Highway 80 just east of Fremont Street around 8:10 p.m., CHP officials said.

First responders attempted life-saving measures on a motorcyclist involved in the accident but the person died at the scene, CHP Officer Peter Van Eckhardt said.

One of the five lanes was open as officers conduct an investigation into the accident, Van Eckhardt said.

Motorists were advised to use the Golden Gate Bridge or San Mateo-Hayward Bridge as an alternate route, according to the CHP.

Westbound service on the San Francisco Municipal Transportation Agency's 108-Treasure Island was delayed due to the accident.