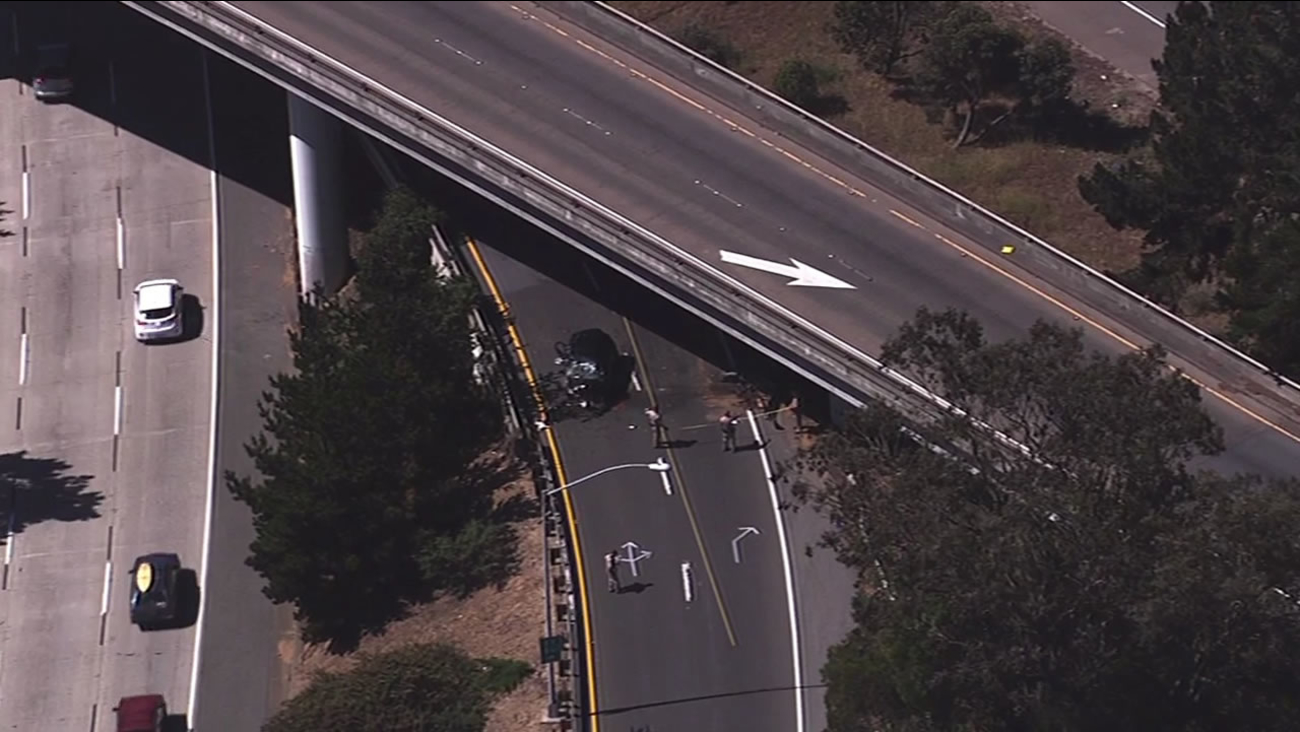 The first report of the crash came in at 10:01 a.m., CHP officials said. CHP officials initially identified the victim as a woman but have since
clarified it was a man who died.

The driver struck a pillar next to the road and died there, CHP spokesman Vu Williams said.

No word yet on why the driver apparently lost control, but it does not appear any other car was involved.