3-alarm fire out at Jimmy's Restaurant in San Jose 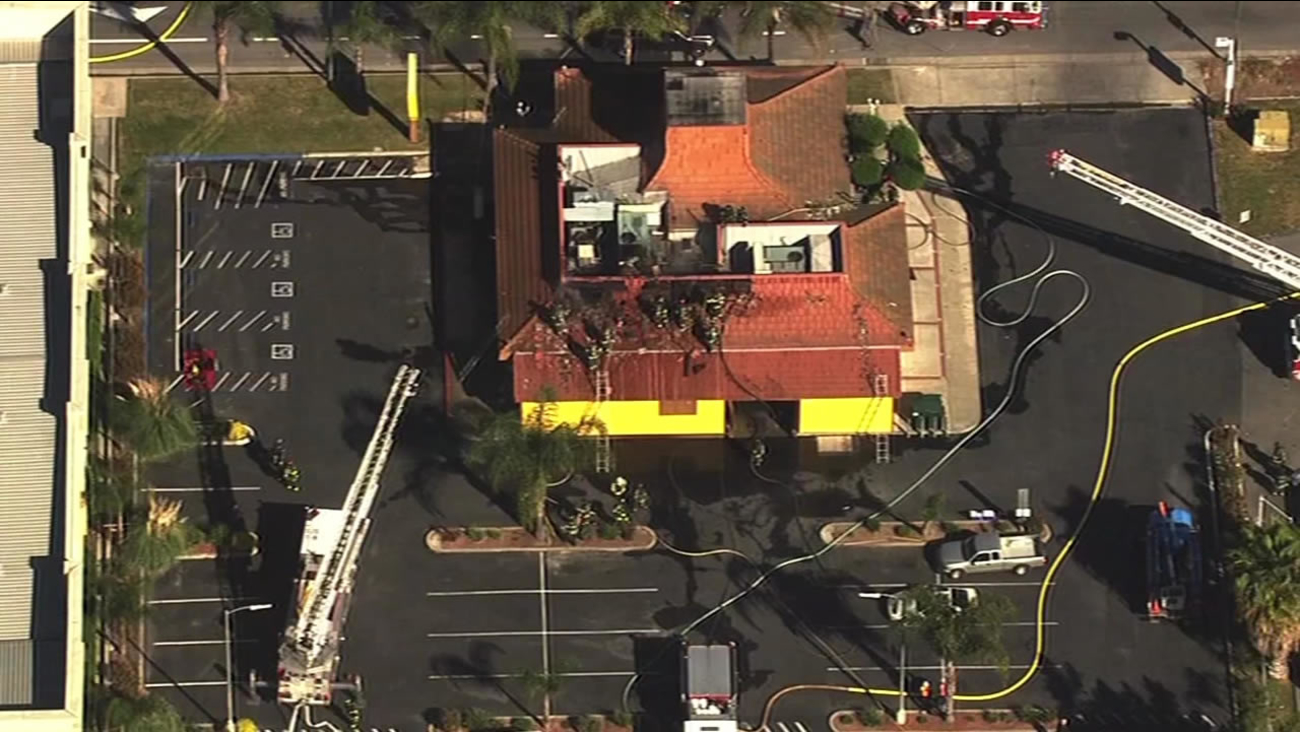 Jimmy's Restaurant at 222 W. Capitol Expressway near Snell Avenue was the scene of a 3-alarm fire on Thursday, April 16, 2015.

SAN JOSE, Calif. -- Firefighters are still on the scene of a three-alarm fire that started in the kitchen of a restaurant in South San Jose Thursday morning, fire officials said.

The incident was reported at 8:27 a.m. at Jimmy's Restaurant at 222 W. Capitol Expressway near Snell Avenue, according to dispatchers.

The fire started in the kitchen behind the hood and duct system inside the restaurant. An extinguishment system went off several times, but was unable to extinguish the fire due to its location, according to Salcido.

"There were four workers inside and a few patrons that smelled the smoke and heard the alarm," Salcido said. "They were all able to exit the building safely."

Firefighters determined that the fire was not spreading past one particular portion of the restaurant and were able to isolate it there, according to Salcido.

"We've got a good knockdown on it right now, but it's still in between the walls," Salcido said.

Firefighters were still on the scene attempting to extinguish the blaze as of roughly 9:45 a.m. Details about the extent of the damage to the restaurant were not immediately available.