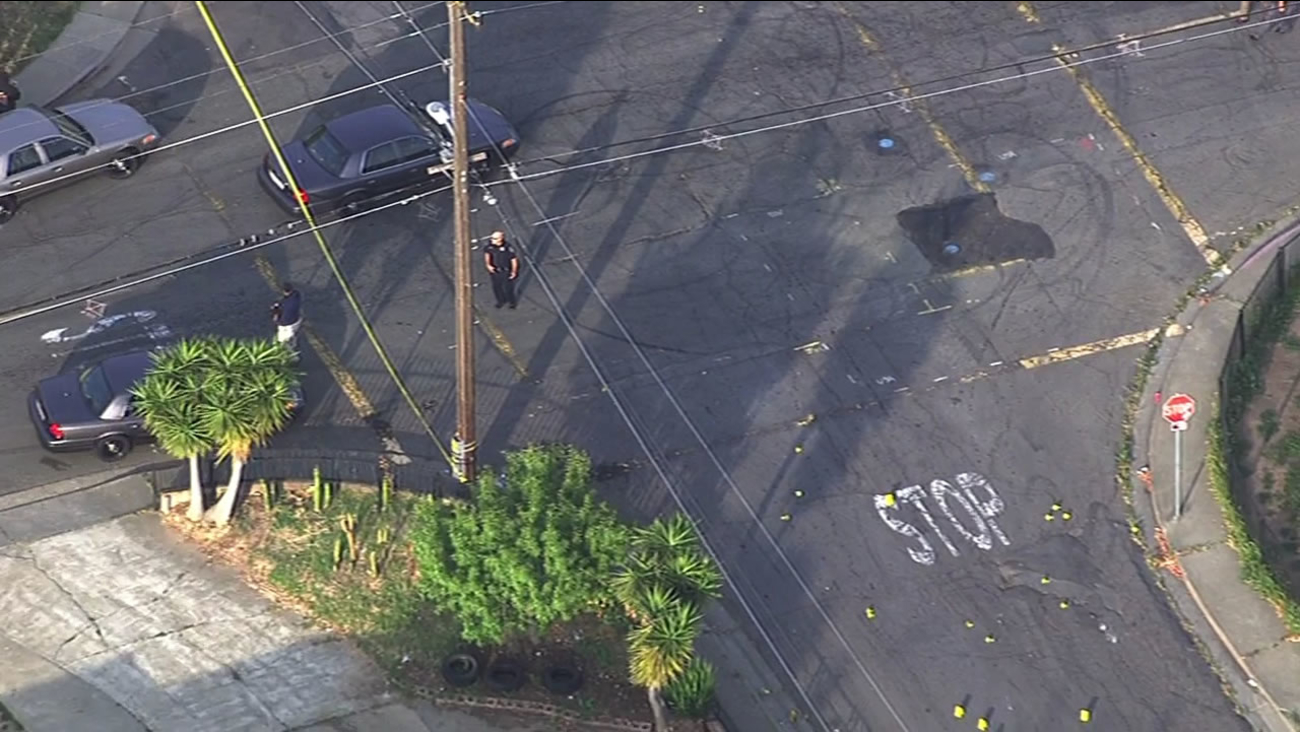 Vallejo police investigate a shooting at Cherry and 5th streets that injured a 7-year-old child who was who was standing on a sidewalk. (KGO-TV)

VALLEJO, Calif. (KGO) -- A 7-year-old suffered life-threatening injured after getting struck by a stray bullet while standing on a sidewalk in Vallejo.

Police received a report of a shooting at 5:22 p.m. at Cherry and Fifth streets.

Police say at least two different weapons were used in the shooting and it's believed the shooters were aiming towards a nearby party with about 40 to 50 people.

Initial reports indicate more than five suspects may be involved, police said, all of whom were identified as black men and possibly associated with a dark colored vehicle.