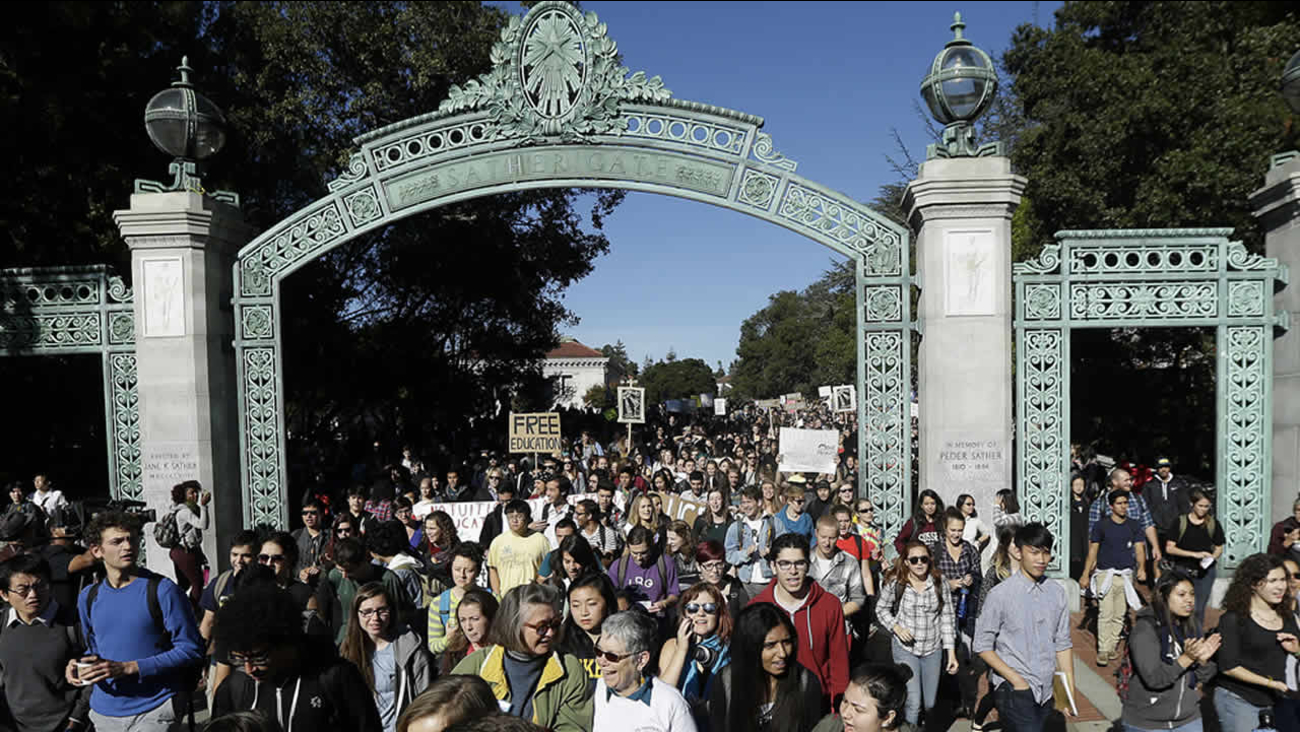 Students march under Sather Gate during a protest about tuition increases at the University of California Berkeley in Berkeley, Calif., Monday, Nov. 24, 2014. (AP)

SACRAMENTO, Calif. -- University of California tuition for California residents will freeze for the next two years in exchange for increased state funding under an agreement between the university system and Gov. Jerry Brown, university officials and the governor's office announced today.

California residents' tuition will remain flat at $12,804 for the next two years, while the agreement authorizes the UC Board of Regents to raise non-resident tuition up to 8 percent annually -- which would bring it to $38,750 this year, according to UC president Janet Napolitano's office.

In 2017-18, all tuition would rise by at least the rate of inflation, university officials said.

The regents had voted in November to increase overall tuition by as much as 5 percent annually over the next five years, but came at odds with the governor's office in January when his proposed budget made annual 4 percent increases in university funding for the for the next two years contingent on no tuition hikes.

As part of the agreement reached today, Brown's office has committed to the 4 percent budget increases for an additional two years.

The university has agreed to ensure at least a third of new students transfer from other institutions, make strides to help students earn undergraduate degrees in three years, and explore other ways to make spending more efficient.

"Gov. Brown and I were both focused on the future of California as we worked toward this agreement," Napolitano said in a statement. "Now the University of California will turn to our state legislators for their much-needed support of the proposed budget and for funding to enroll more California students."

Brown had suggested giving students options for completing a degree in three years instead of four as a way for the university to become more efficient and cope with high demand for admissions. He suggested online courses and offering credits for non-classroom activities such as work experience as potential routes to that goal.

Over the coming years, university officials said they will be looking into those options, as well as seeing whether certain majors can have their requirements reduced without compromising the quality of education and having more robust summer sessions.