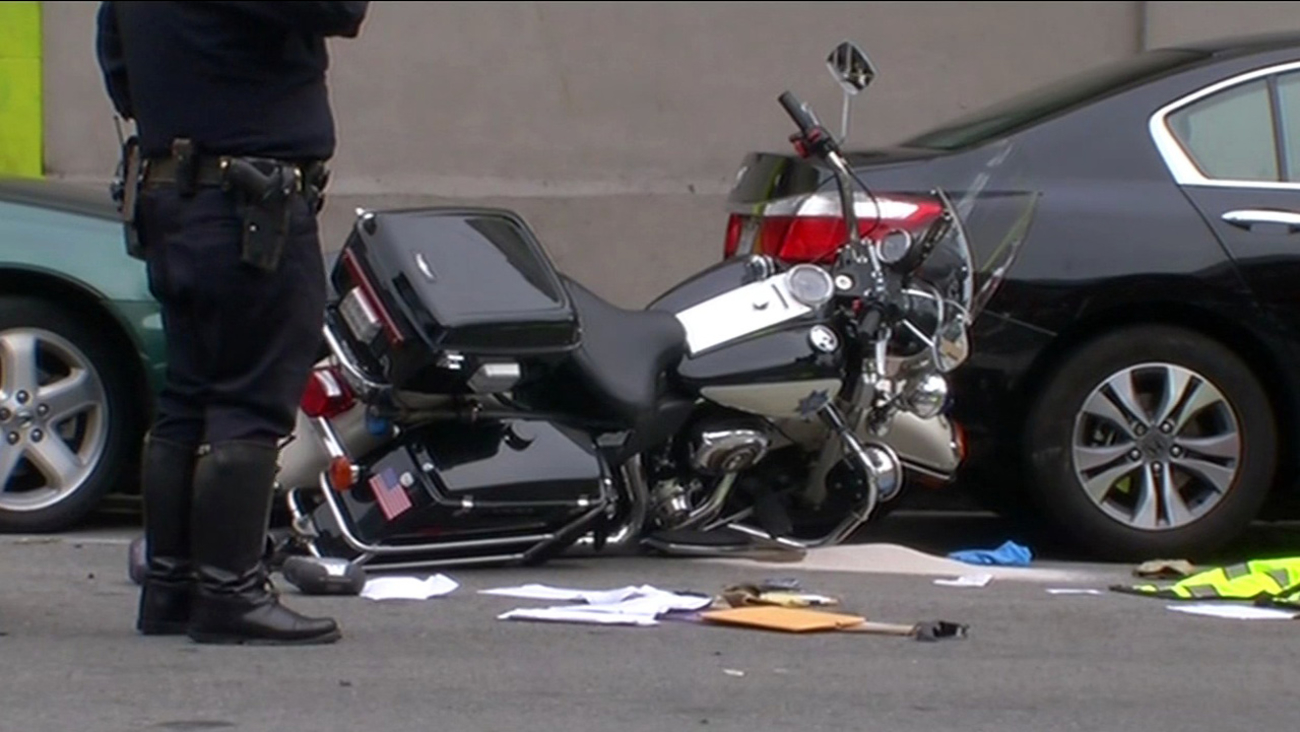 A San Francisco police was injured in a crash on Leavenworth Street and Golden Gate Avenue, Tuesday, August 25, 2015. (KGO-TV)

SAN FRANCISCO -- San Francisco police responded to two collisions on city streets within 10 minutes of each other this morning, including one in the Tenderloin that injured a police motorcycle officer.

The officer was involved in a collision with a vehicle near Leavenworth Street and Golden Gate Avenue at 7:32 a.m., according to the San Francisco Fire Department and police.

The officer was transported to a hospital as a precaution, but was listed in stable condition, a fire department official said.

Stevenson & 6th @SFPD: pedestrian darted out into street driver of Porsche hit ped who's in critical but stable cond pic.twitter.com/kmDtPORqdE

A second collision between a vehicle and a pedestrian occurred only 10 minutes earlier at 7:22 a.m. at Sixth and Stevenson streets in the South of Market area, according to fire officials.

The pedestrian appears to have been struck by a Porsche and there were reports from the scene of an angry crowd surrounding the car after the collision, a fire official said.