This image shows flaring at the Valero Refinery in Benicia, Calif. (KGO-TV)

The violations at the refinery at 3400 E. Second St. include three for excessive visible emissions and one for a public nuisance violation
related to the flaring on Friday, then one more of each offense for additional flaring Monday, according to the air district.

Fines for the violations are contingent on further evaluation to determine whether maintenance was performed or if there was negligence, air
district spokesman Tom Flannigan said.

A power outage around 6:45 a.m. Friday caused processing units to shut down and the release of process gasses to the emergency flares. There

Electric power to the refinery was restored around 10:30 a.m. and refinery personnel started stabilizing the process units, according to the
report.

Benicia police issued a shelter-in-place order for some residents and two Benicia elementary schools, and an evacuation order in an industrial
park downwind and close to the refinery. 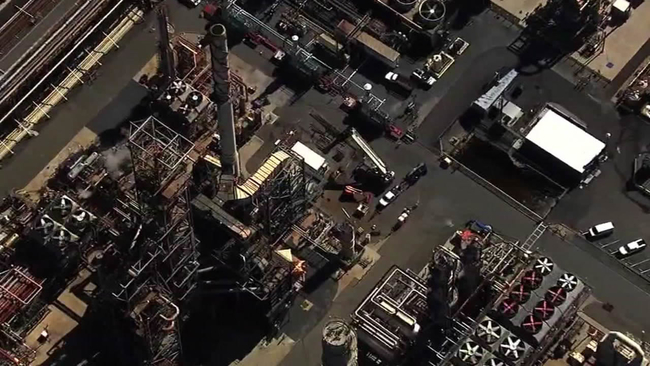