BART says "avoiding creeps" is a well-intentioned nod to awareness, but some people feel it sends the wrong message. They released a second round of tips called, "Don't Be Creepy."

"I've changed seats. I'm always watching and looking at my environment," said BART rider Sandra McNeal, who says she knows how to avoid creeps on the train.

Other riders are also on board.

"I have two sisters, so I'm a little worried about them when they're traveling,' said BART rider Philip Hong.

"More for people who don't ride it at all, but I usually abide by those myself," said Fremont BART rider Pauline Cabales.

Not everyone appreciates the advice. Riders lashed out on social media asking -- where are the tips for how not to be a creep.

"We did get some feedback that some people were worried BART was implying that people who are being harassed," said BART spokesperson Taylor Huckaby. "It was their fault for being harassed and that's not at all the message we wanted to get out."

To clarify the message BART released, "Don't Be Creepy 101."

Those tips include:
--Keep your hands to yourself.

"And if you do behave badly on BART, other passengers and the police are going to be watching you," Huckaby added. "And it will not be tolerated.'

BART says there are police patrolling the trains and all cars will have working cameras by July.

Being vigilant and aware of your situation is good. Not being a creep in the first place is better. Do both! pic.twitter.com/ZbyNonwtRx

Thom Yorke didn't give us his input, but we're still pretty sure these are some great tips for #AvoidingCreeps while riding. What're yours? pic.twitter.com/CI7GxCoPKl 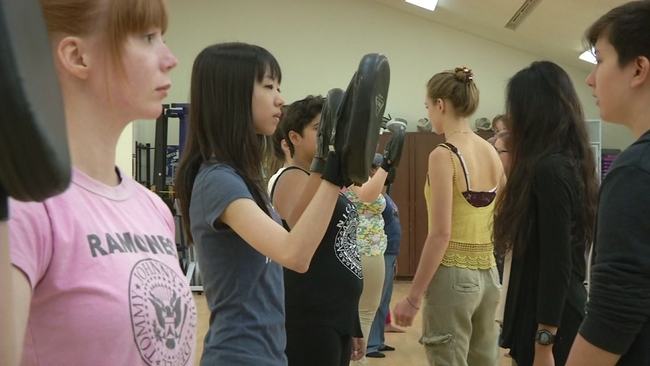