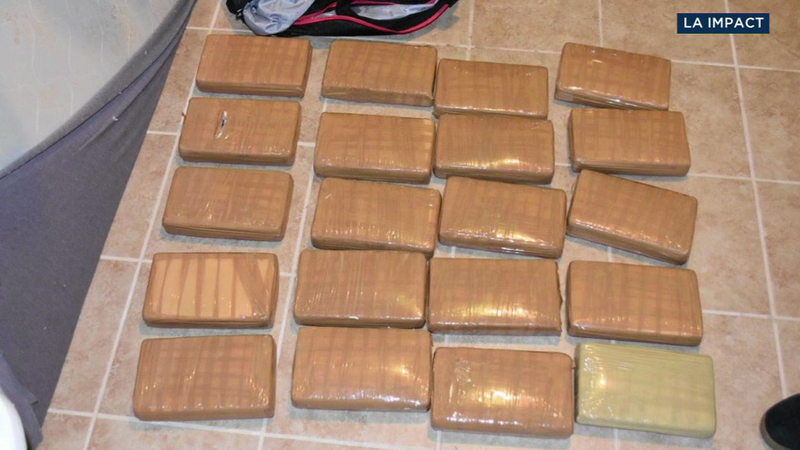 HIGHLAND PARK, LOS ANGELES -- A civil lawsuit was filed Tuesday against the owners of a multi-unit property in Highland Park claiming it's a place for large scale cocaine sales and an illegal child care business.

Los Angeles City Attorney Mike Feuer announced the lawsuit, which also seeks an injunction against the homeowners. The suit names Felipe Talamante and Miguel Talamante as the owners of the property in the 5200 block of Marmion Way in L.A.

Within the past month, more than 20 kilograms of cocaine with an estimated wholesale value of $430,000 was recovered at the property, according to the attorney's office.

Over the last two years, the property has been suspected as the site for distributing narcotics and often visited by drug users and buyers. The location is also suspected of being an unlicensed day care facility for children between ages 2 and 7 and it is within 900 feet of Monte Vista Elementary School.

In 2015, a search warrant was served and Felipe was arrested, according to the office. It also states 20 kilograms of cocaine was found.

The second time a search warrant was served, this past May where another 20 kilograms was recovered, also resulted in the arrest of Felipe. He was booked on suspicion of narcotics sales and child endangerment.

"Kids taking naps or playing and cocaine is right there," Feuer said.

Investigators also watched children being dropped off at the home throughout the day as part of a suspected illegal day care business, the office said. Children were seen playing on a patio where suspected criminal activity took place.

The office said some of the cocaine that was recovered during the searches was found in the same room where children are believed to take naps on a small mattress.

A neighbor said he believed the children staying at the home lived there.

The lawsuit seeks to close the property as well as fine it for the costs of law enforcement investigations and attorney fees. Feuer also seeks to get a temporary restraining order to shut down the day care.