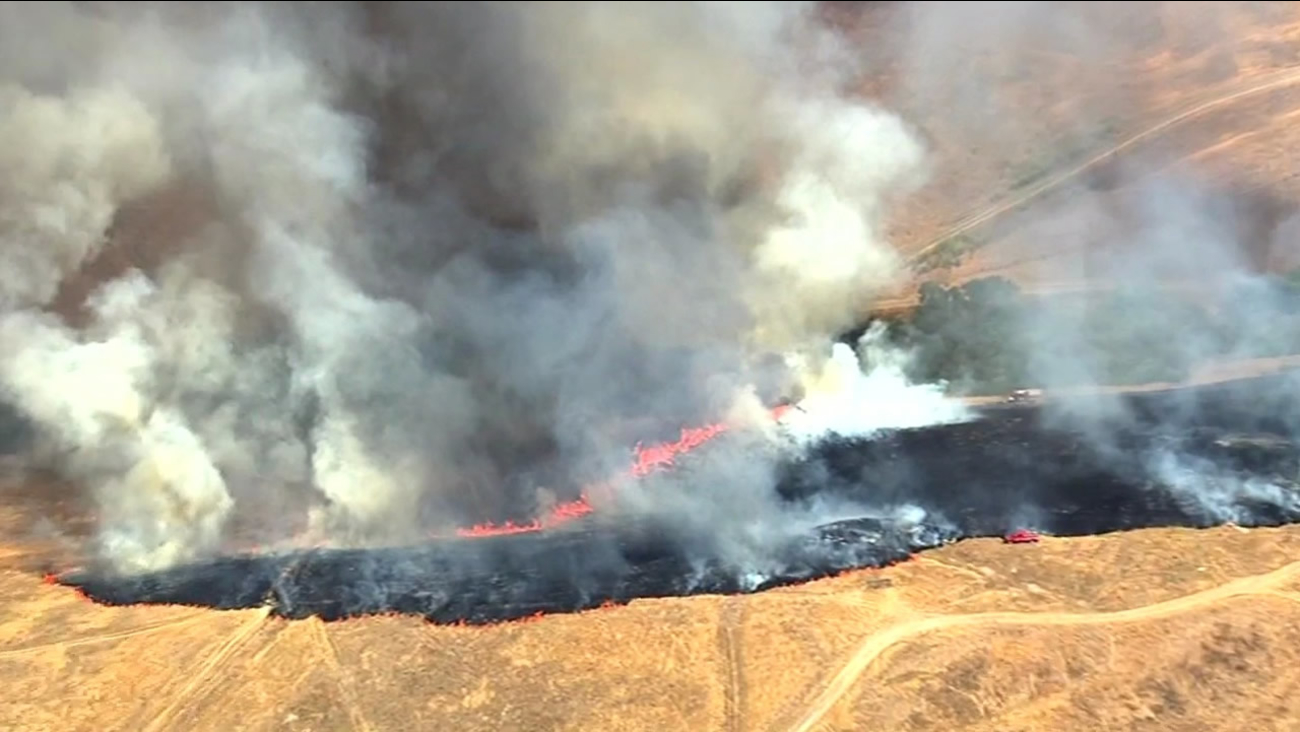 Officials said there is no training at the facility and that no structures or homes were threatened.

The vegetation fire at Camp Parks is contained at approx 250 acres. Camp Parks is the lead agency for media questions pic.twitter.com/GBpqTS6HlP

"They started attacking the fire. They were getting the upper hand on it. We thought we had it under control, then wind came up and the containment lines blew and it started burning again and so we've been chasing this fire all day long," Alameda County Fire Department Battalion Chief Alan Evans said.

Tassajara Road was closed between Quarry Lane and Fallon Road because of the fire, according to Dublin city officials.

Cal Fire, the Alameda County Fire Department and the San Ramon Valley Fire Protection District were among those assisting U.S. military
firefighters on the base.

Alameda County sheriff's spokesman J.D. Nelson said the fire did not have an impact on the nearby Santa Rita Jail.

Water drops from the air were stopped briefly because someone was flying a drone over the fire. If a drone collides with firefighting aircraft the results can be serious even fatal.
Related topics:
dublinbrush firecal firefirefightersarmy
Copyright © 2021 KGO-TV. All Rights Reserved.
TOP STORIES
Body found in Pleasanton where Philip Kreycik went missing
Masks return to Bay Area businesses with little notice, mixed reaction
SF mayor facing nearly $23K fine for series of ethics violations
PG&E details preparedness plan for 2021 power shutoffs, wildfires
Endangered orcas get habitat protection from Canada to Monterey County
Details of 11 complaints against Gov. Andrew Cuomo
Bear cub rescued from Sierra wildfire escapes Tahoe center
Show More
7 On Your Side investigates calamity at California EDD
East Bay parents speak out against face masks at school board meeting
These 2 states made up 1/3 of all US COVID cases this past week
'Magic Key': Disneyland unveils new program to replace annual passes
US hits 70% vaccination rate -- a month late, amid a surge
More TOP STORIES News