KGO
SAN FRANCISCO -- An attorney for a former San Francisco police lieutenant recently named in a scandal over racist text messages Tuesday said his client had not sent offensive messages himself and had tried to tell a fellow officer to stop sending them.

Curtis Liu, a retired lieutenant with the San Francisco Police Department, appeared in court today and entered a not guilty plea to felony and misdemeanor charges after he allegedly interfered with a police investigation into sexual assault allegations against his fellow officer, Jason Lai.


Liu, who was arrested last week, allegedly tipped Lai off about the investigation and then lied to subordinates and his superior officers to cover it up.

The text messages, the second set of such messages uncovered in recent years during criminal investigations of officers, have developed into a growing scandal over allegations of racism within the department.

Tony Brass, Liu's defense attorney, said today outside court that his client was a "passive recipient" of racist texts, and that he tried to tell the officer sending the messages to stop, but recognizes now that he should have done more.

"I think everyone's aware that there is racism in the department, I don't think that's a debate," Brass said. "The texting is a serious issue, it does have to be stopped, you can't have police officers joking, talking like that."

While acknowledging the allegations against Liu are serious, Brass suggested he wouldn't have been charged in criminal court if it weren't for the scandal surrounding the text messages.

"Obviously he's very ashamed of why he's here, but this is the type of misconduct that's sorted out in administrative hearings within the Police Department," Brass said.

Police Chief Greg Suhr said last week that three officers implicated in the scandal have left the force since the messages were uncovered while a fourth was referred for discipline including possible termination before the Police Commission.

Speaking after the contents of many of the messages were released last week, Suhr condemned the sentiments and language used and said the department would not tolerate such attitudes among its officers.

The initial investigation against Lai, initiated in August of last year after a woman he had been drinking with during his off-duty hours alleged that he had raped her, found insufficient evidence to charge him with sexual assault.

However, he was arrested in March on six misdemeanor charges of misusing criminal and state Departmentof Motor Vehicle databases based on information uncovered during the investigation.

Lai also appeared in court this morning and entered a not guilty plea to all charges.
Related topics:
greg suhruse of forceracismsfpdpoliceinvestigation
Copyright 2021 by Bay City News, Inc. Republication, re-transmission or reuse without the express written consent of Bay City News, Inc. Is prohibited.
RELATED 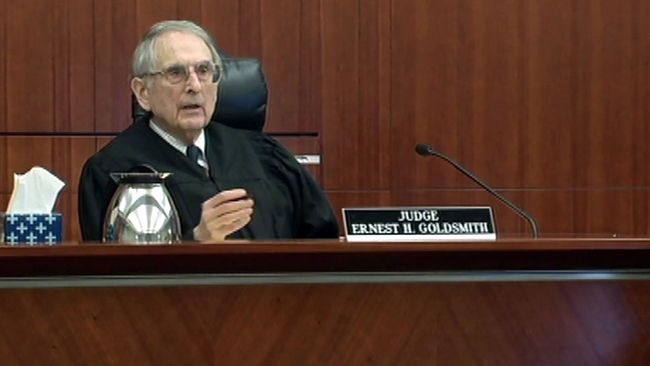