KGO
LONG BEACH, Calif. (KGO) -- Hundreds gathered Sunday night to remember Nohemi Gonzalez, the Cal State Long Beach student who was eating dinner when she was gunned down in Paris. Her friends and family called her Mimi, they want you to know who she was, and the dreams she had for her future.

"She wanted to have a career and a family," said Beatriz Gonzalez, Nohemi's mother.

Nohemi Gonzalez was best friends with her mother. Her mom says she just feels lost. Up until the FBI made a visit, Nohemi's parents were hoping reports of her death had been a mistake.

It was supposed to be a dream-semester, studying abroad at Strate College of Design, then horror -- terrorists gunned Nohemi down at a restaurant.

Classmates held onto each other, and lit candles Sunday night sharing memories at CSU Long Beach. It was standing room only at the university student union ballroom as classmates, teachers, family and friends spoke about Nohemi's dreams.

"We used to talk about growing up and having families. It's hard but I'm going to miss her and I love her so much," said Nohemi friend Ellie. 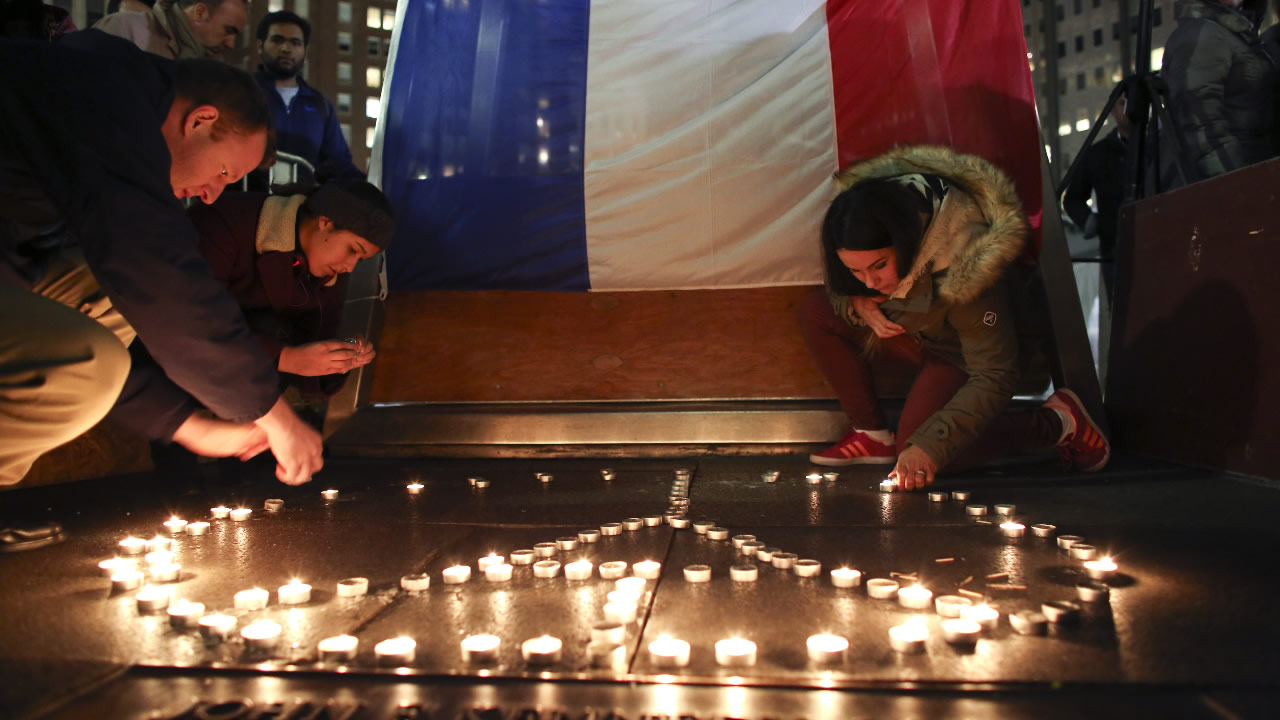 Eiffel Tower goes dark as France mourns 129 dead
The Eiffel Tower stood dark in a symbol of mourning Saturday night as France struggled to absorb the deadliest violence on its soil since World War II: coordinated gun-and-suicide bombing attacks across Paris that left at least 129 people dead and 352 injured.

Her boyfriend of almost four years says there is so much irony, she would have loved to see her friends, the turnout Sunday night, but also would have hated all this attention.

"See this babe, see all these people here for you, they're all here for you. My condolences to the family and everyone else in Paris," said Tim Mraz, Nohemi's boyfriend.

Her parents came here from Mexico, and said they knew from the time she was in kindergarten she wanted something big in life -- determined to go to college, have a career, make a difference one day. Well, her father says in 23 years, she already did.

"Mimi is in our hearts. Mimi is not dead, Mimi is right here -- Mimi will be with us today, tomorrow and forever," said Jose Gonzalez, Nohemi's father.

Nohemi's parents say the FBI told them they won't be able to lay their daughter to rest for at least three weeks while the investigation continues. There will be a second vigil on Tuesday where Nohemi graduated from high school just five years ago.