The body was found inside the Westfield San Francisco Centre on Market Street. Police say the victim is a white male in his 30s.

A source told ABC7 News the victim was found in a stairwell inside the shopping center, beyond doors that open onto East Jesse Street next to a back entrance to Bloomingdale's.

"I know they're still trying to pull surveillance footage. The Westfield mall is full of cameras everywhere, not just the mall itself, but other businesses in the immediate area," San Francisco Police Department Ofc. Grace Gatpandan said.

Homicide detectives received the call at 10:15 a.m. Someone reported the body of a man found inside the mall. When the medical examiner came to the mall and determined that it was a homicide.

Homicide detectives entered through the back entrance area of Bloomingdale's. That's where they seemed to concentrate their investigation. But police are not saying a lot about where exactly the victim was discovered.

"A white male victim in his 30s. We don't have a confirmation of identity. The medical examiner is responsible for notifying next of kin, as well as confirming the identity of the body," Gatapandan said.

Westfield management issued a statement saying: "The center is open and operating normally, and we are cooperating fully with the investigation."

The mall opens at 10 a.m. and stays open until 8:30 p.m. This is a well-traveled shopping area of the city, so police are encouraging anyone who possibly saw anything suspicious to contact them.

Man in his 30s found dead in stairwell at Westfield Mall. SFPD says homicide; no other details. pic.twitter.com/2YtdL49ss0 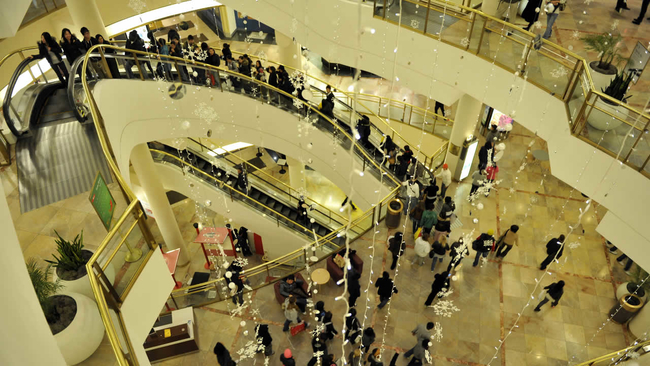