Obama says UK committed to 'orderly transition' out of EU 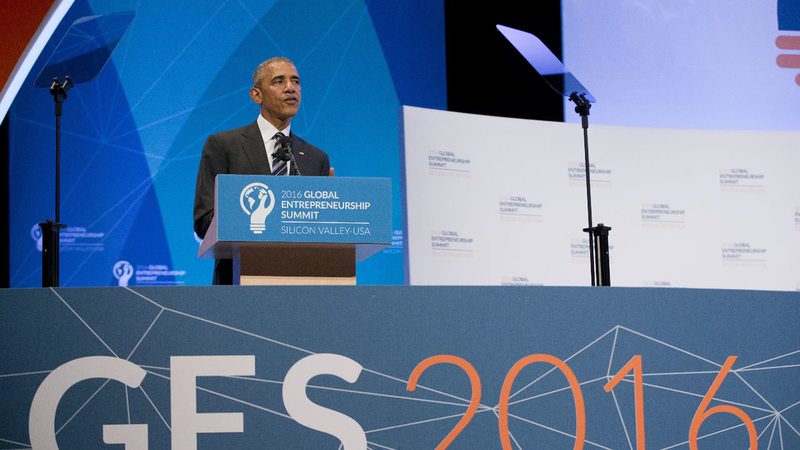 Obama says UK committed to 'orderly transition' out of EU

WASHINGTON -- President Barack Obama tried to reassure Britons Friday that the special relationship between Washington and London would withstand an impending and likely messy divorce from Europe, as his administration scrambled to assess the fallout.

As stock markets tumbled, Obama offered words of calm and continuity, saying the shocking vote would disrupt neither the storied bond between the U.S. and the U.K. nor American support for the European alliance. In a blitz of phone calls, Obama and top advisers called British and European officials to express support.

RELATED: So how is the average American affected by the Brexit?

Obama spoke with Prime Minister David Cameron and German Chancellor Angela Merkel separately to discuss on how Britain will extricate itself from the 27-member union, a process expected to take up to two years. Obama said he came away from his call with Cameron "confident" that Britain is "committed to an orderly transition."

In Obama's call with Merkel, both "said they regretted the decision but respected the will of the British people," the White House said.

"While the U.K.'s relationship with the EU will change, one thing that will not change is the special relationship that exists between our two nations," Obama said Friday in remarks at Stanford University. "That will endure."

The reassurance could not paper over what was clearly a blow to the president, who in one night saw his calls for unity rejected and his legacy in Europe reshaped. Obama had urged strongly that the U.K. remain in the EU, and the decision undermined his efforts to counter the isolationist viewpoints taking hold in many parts of the world. The vote also ensured that despite his high-profile aim of strengthening international alliances, he will leave office with the European Union diminished and under threat of further unraveling.

The impact of the vote was felt far beyond London and Brussels on Friday. Stocks plunged in the U.S. and worldwide as stunned investors wondered what will come next for Britain, Europe, the world's largest economic bloc, and the global economy. U.S. Treasury Secretary Jacob Lew promised to work closely with British and European officials to ensure "economic stability, security, and prosperity in Europe and beyond."

Lew said he had been consulting for weeks with finance officials and investment firms.

"The U.K. and other policymakers have the tools necessary to support financial stability," he said.

In the run-up to the vote, the White House had declined to discuss its contingency planning for Britain's departure, suggesting it was not expecting to need it.

But in making his case against the split, Obama had described some stark outcomes. On national security and economic matters, Britain is a key liaison to Europe for the U.S. That status would be diminished upon a withdrawal from the union, Obama said during an April visit to London, where he made an aggressive case against the "leave" campaign.

In a statement issued as he traveled in California, Obama took a softer tone.

"The United Kingdom's membership in NATO remains a vital cornerstone of U.S. foreign, security and economic policy," Obama said in a statement. "So, too, is our relationship with the European Union, which has done so much to promote stability, stimulate economic growth and foster the spread of democratic values and ideals across the continent and beyond."

House Speaker Paul Ryan said the vote was "all the more reason for America to lead."