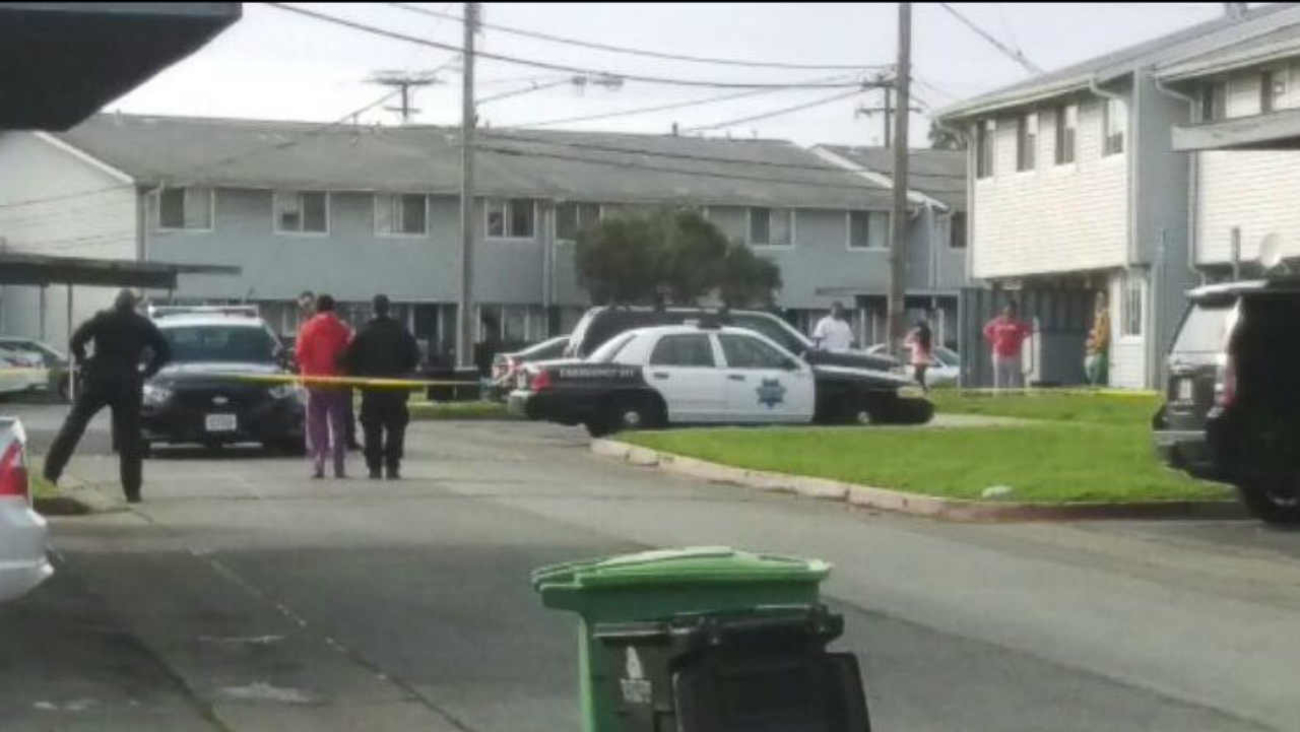 San Francisco police are seen during a standoff with a robbery suspect on Treasure Island, Calif. on Saturday February 18, 2017. (KGO-TV)

Police responded to a report of a robbery involving a man armed with a gun at 10:43 a.m. on the 1300 block of Gateview Avenue.

The suspect reportedly fled into a residence on the 1200 block of Mariner Drive.

Officers set up a perimeter around the home, and street closures were in effect at Mariner Drive and Gateview Avenue. Muni buses were being rerouted due to the incident.