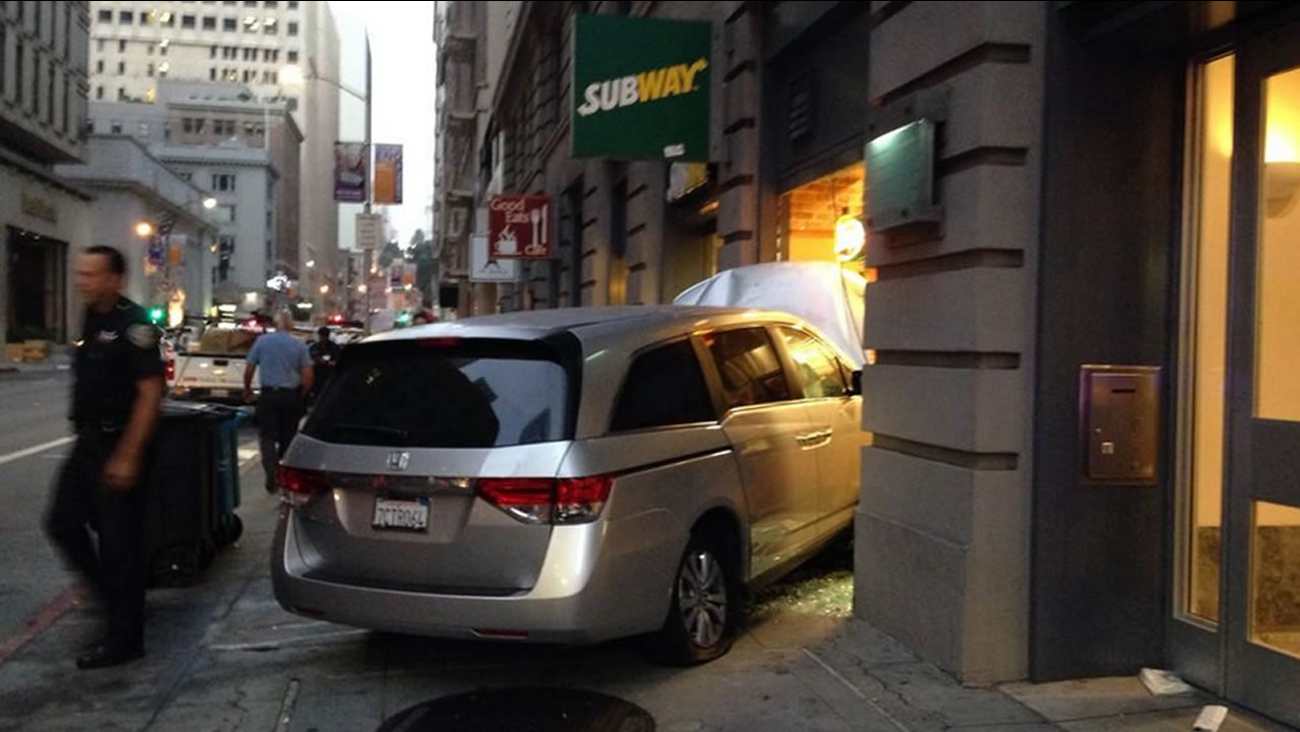 San Francisco police cited a woman for running a red light in San Francisco, causing another car to crash into a Subway restaurant on Pine Street Friday morning.

SAN FRANCISCO -- A woman who crashed into a van that then crashed into a Subway restaurant in San Francisco's Financial District early this morning was cited for running a red light, a police spokesman said.

Around 6:10 a.m., the woman was driving a red Fiat south on Battery Street where she ran a red light and struck a white van traveling west on Pine Street, police spokesman Officer Albie Esparza said.

Two adults and two children were inside the van that crashed into a Subway restaurant at 200 Pine St., he said.

Both parties had complaints of pain but no one was transported to a hospital, he said.

The woman was the sole occupant of the Fiat and cited for running a red light, according to Esparza.

The restaurant was open at the time of the crash and one employee inside the business was not injured, Esparza said.

No customers were inside the restaurant and no pedestrians were outside of the business when the crash occurred, he said.
Related topics:
san franciscofinancial districtcar accidenttraffic camerassubway restaurantsfpddriver
Copyright 2021 by Bay City News, Inc. Republication, re-transmission or reuse without the express written consent of Bay City News, Inc. Is prohibited.
More Videos
From CNN Newsource affiliates
TOP STORIES