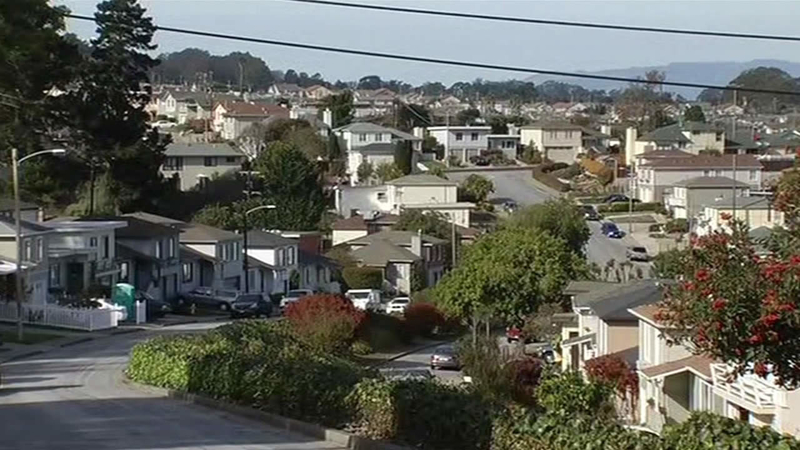 SOUTH SAN FRANCISCO, Calif. (KGO) -- A significant increase in home burglaries in South San Francisco has police and neighbors worried. That's because the criminals seem to be getting bolder.

South San Francisco police will hold a neighborhood meeting this Thursday at city hall to discuss the string of burglaries that extend not only to this city, but also to neighboring towns like San Bruno, Daly City, and Pacifica.

Among the 14 burglaries this month in the Buri Buri District of South San Francisco, two have been home invasions.

A 79-year-old homeowner who did not want to show her face on camera happened to be sleeping when three burglars broke in.

"Suddenly somebody poked me on my back shoulder and said, 'Give me your money, I want your money.' And I said to him, 'I don't have any money.' And he covered me over with the quilt and I just stayed down, I didn't fight."

Rash of home burglaries and invasions in SSF And other neighboring cities this past month. Police warning residents pic.twitter.com/iex4j3isIr

They're crimes that are happening in the afternoon. Video shows two burglars who were caught on tape in San Jose. They pried open a sliding door in the back and stole at their pleasure.

"When she went to run out, there was another one in the living room that stopped her and took her, I'm not sure if it was her purse, but then pushed her down," she said.

In both cases the residents weren't hurt, but Sgt. Sean Curmi tells us the burglars are becoming bolder.

"When confronted by the residents, rather than leaving the home, they continue to steal from the residents and then leave, regardless of the homeowner being there," he said.

Everyone we spoke to in this neighborhood knew about the rash of residential burglaries.

Anna Hernandez was patrolling the neighborhood looking for anything suspicious.