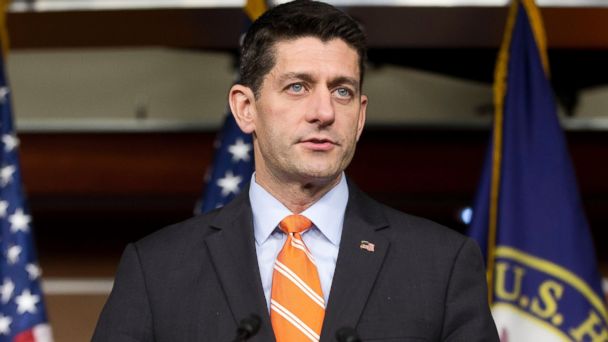 Republican House Speaker Paul Ryan blasted GOP presidential front-runner Donald Trump's plan to ban Muslims from entering the country in a news conference today, saying the plan did not represent what the Republican Party and country stand for.

Despite slamming Trump's comments, Ryan says he will still ultimately support his party's nominee for president, whomever it is.

"Normally, I do not comment on what's going on in the presidential election. I will take an exception today," Ryan said.

"This is not conservatism. What was proposed yesterday is not what this party stands for. And, more importantly, it's not what this country stands for," Ryan said today at a news conference on Capitol Hill. "Not only are there many Muslims serving in our armed forces dying for this country, there are Muslims serving right here in the House working every day to uphold and to defend the Constitution."

Ryan continued: "Some of our best and biggest allies in this struggle and fight against radical Islamic terror are Muslims -- the vast, vast, vast majority of whom are peaceful, who believe in pluralism, freedom, democracy, individual rights."

Trump Monday called for a "total and complete shutdown" of Muslims entering the United States until "our country's representatives can figure out what is going on."

"And I'm going to stand up for what I believe in as I do that," he added.