KGO
By by Lilian Kim, Tiffany Wilson, and Katie Marzullo 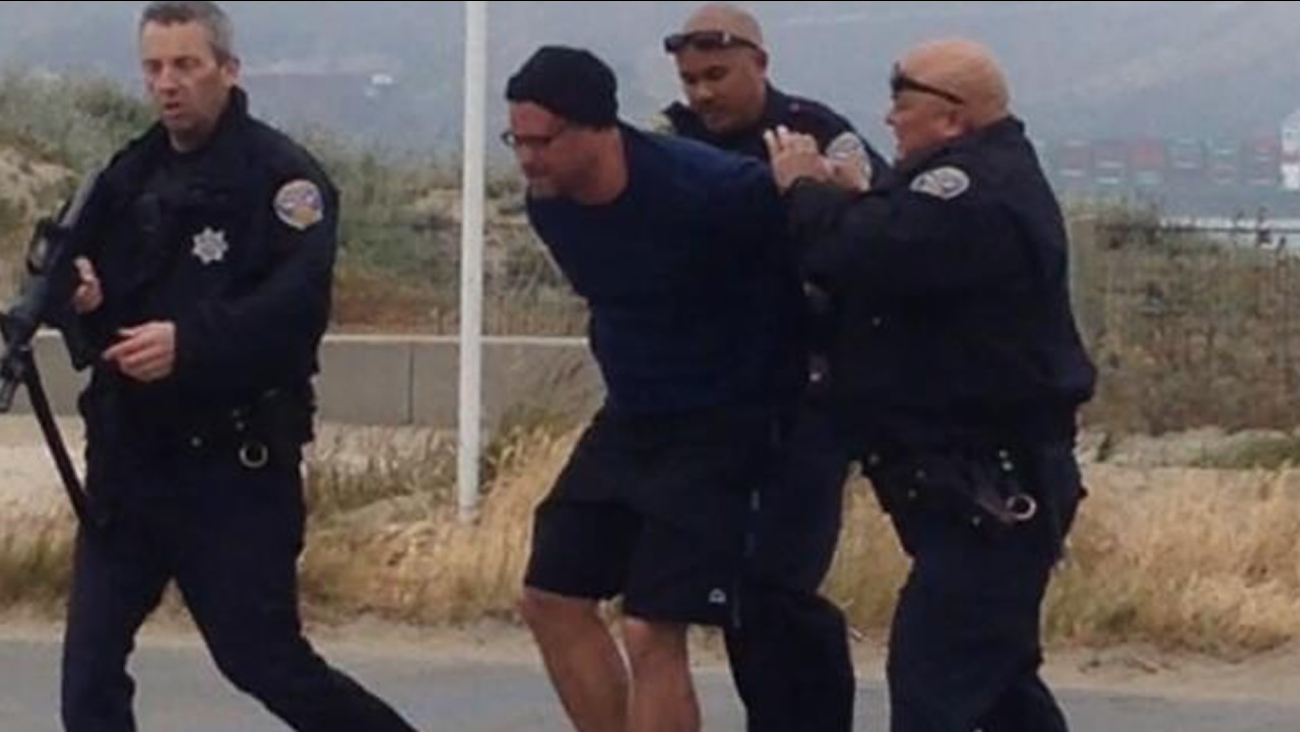 SF police don't normally patrol federal property, but they got a tip that Chamberlain's car was in the parking lot and it didn't take long for officers to arrive and move in. The officer involved in the arrest told ABC7 News Chamberlain was reclining in the driver's seat unarmed when they approached him.

"I was sitting in my car and I heard some commotion," he said. "So I looked over my shoulder and saw that somebody was getting arrested. There was some commotion going on so I got out of my car, got my phone out, and started recording. I didn't really know what I was recording at first, but it became quickly evident that it was more than just some traffic stop violation. He was yelling help when he saw me filming him. So he looked basically right at me as I was filming him and yelled help." 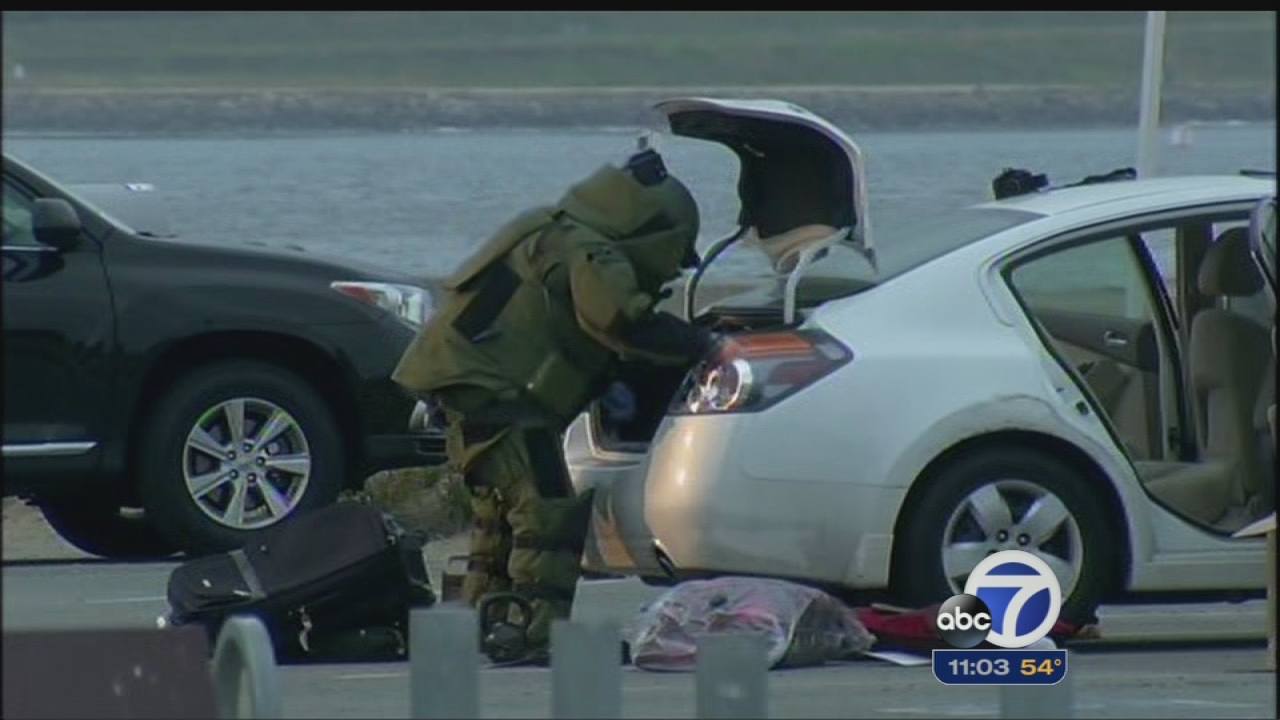 Witnesses describe Chamberlain's arrest
People and tourists near Crissy Field were surprised to see the arrest of Ryan Chamberlain -- a man wanted by police.

When asked how he knew it was Chamberlain, Manos responded, "I could see his face and I could see by the number of uniforms and the type of uniforms. I noticed there was FBI, there was Homeland Security, there was more than just SFPD. And I realized from a story I heard this morning that it was him."

The FBI raided Chamberlain's Nob Hill apartment over the weekend. A sergeant at the search scene on Saturday initially reported that ricin was found in his home. On Sunday the FBI said they do not believe there was ricin in the apartment. They did warn, however, that Chamberlain may have bomb making materials and is considered armed and dangerous.

Authorities knew Chamberlain was still around. They tracked him to the Mad Dog in the Fog bar in the Haight, where he used the ATM inside. Merchants say plain clothes officers had been combing the neighborhood asking anyone if they saw him.

"They had pictures of him in their hand, a little dossier on him. I haven't seen him today, but I have seen him before in the past. He's definitely a regular around the neighborhood," Toronado Bar employee Mike Burt said.

After Chamberlain was taken into custody, the SFPD bomb squad was called in to search his car. A robot did the initial check, followed by an officer and a dog. It didn't appear they found any explosives, but tourists were intrigued.

The door to Chamberlain's apartment is still sealed with duct tape. Even though we could not enter, video from Al Jazeera America gave us a glimpse into his world. The apartment is disheveled with belongings scattered about the ground.

His landlord, Jim Hirsch, who showed the current state of Chamberlain's apartment, never saw him as a troubled tenant. Hirsch said, "Mr. Chamberlain never exhibited any peculiar behavior or did anything to raise our suspicion that he might be involved in some nefarious activities."

Another insight is a letter posted to Chamberlain's Facebook page. Although we cannot independently confirm he was the author, it appears this is his attempt to explain and apologize.

It started by explaining it was on a time delay to post Monday morning. And if it posted, that meant he "wasn't around to stop it."

"I was pretty sure when I read this he was already dead. I was very sad when I saw this letter on Facebook," said former Barbary Coast Consulting colleague Alex Clemens. "It's clear that he didn't have a group of people to help him through the demons he was grappling with."

In the letter, Chamberlain blames morbid online searches for Saturday's FBI raid. Line after line he details lost love, a broken relationship with his parents, depression, and several career disappointments.

He wrote, "I've isolated two things I need: a person and a purpose. (But) it always eluded me."

On Twitter Chamberlain tried to defend himself saying he was not armed and no one was ever in danger, despite the FBI saying they found explosives in his apartment. His aunt, Sally, left a message on Facebook saying, "You are loved more than you realize." Friends and family begged Chamberlain to turn himself in.

Patricia Barlow, who works next to his apartment, says he masked those feelings well.

"If I had known, I would have reached out to him," she said.

His letter claimed a trifecta of troubles started his deep depression. Last year Chamberlain said he felt betrayed by his mother, by a woman he thought was the one, and by his best friend who worked with him at the sports marketing company Project Sport.

The parent company of Project Sport would only say, "We understand there is a federal investigation underway regarding Ryan Chamberlain. Therefore we are not commenting at this time."

On Saturday, Chamberlain's apartment was raided and the FBI says they found explosives inside.

The letter did not mention explosive or weapons. Instead he wrote, "I got dark. I got real dark. I explored myriad ways I could put an end to what I was going through. I binged-watched dark TV, sometimes didn't get off the couch for days."

He talked about not being able to find work for a year. And that his money was about to run out.

Late Monday morning, Chamberlain posted a message on Twitter. It reads, "A panicked update to my letter that should have posted by now. Nothing they're reporting is true. No 'stashes.' Not 'armed and...'"

We can only infer that that's in reference to authorities calling him armed and dangerous.

Clemens said he didn't know anything about Chamberlain's personal life, but was optimistic the situation would end peacefully.

"Everybody's got a great deal of interest in this," he said. "A lot of people are withholding judgment until there's some final discussion, but I really hope this ends without anybody being hurt."

The letter ends simply with "Thank you. I'm sorry. I love you." Simple words for what became a very complicated story.

Deputies said Chamberlain will spend the night at the county jail and the FBI is expected to pick him up Tuesday morning. SFPD and the FBI will be holding a joint news conference Tuesday at 8 a.m.
Related topics:
san francisconob hillrussian hilllower haightmarina districtcrimesearcharrestfugitive arrestinternethazmatfacebookwebsitessfpdfbibomb threattwitter
Copyright © 2021 KGO-TV. All Rights Reserved.
RELATED 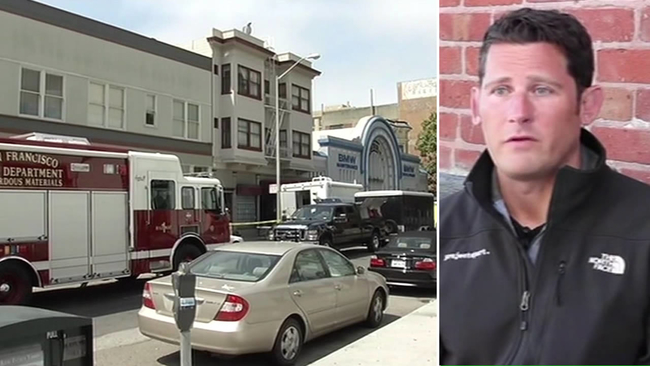 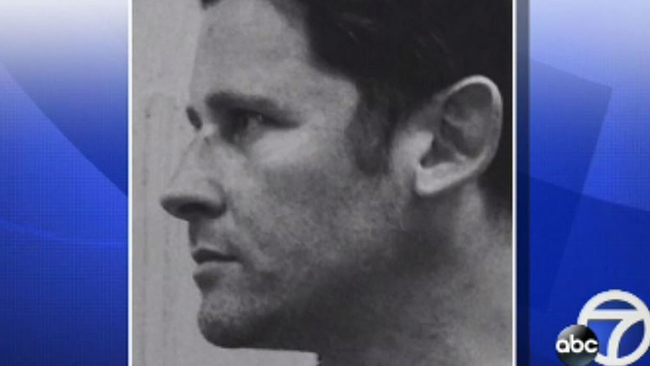