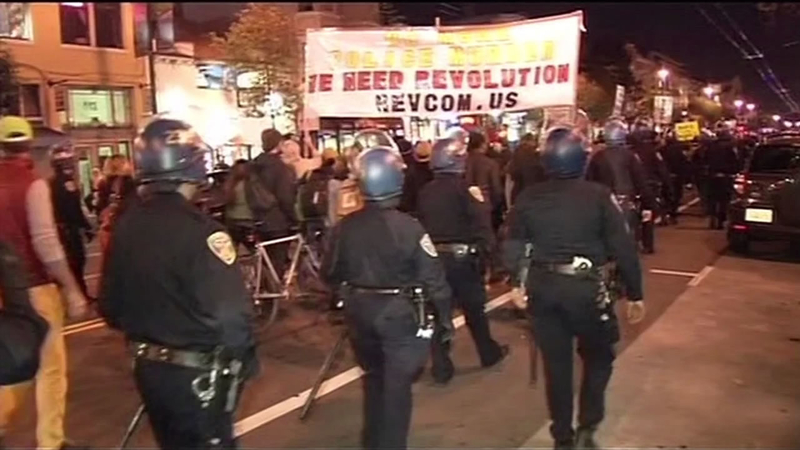 SAN FRANCISCO (KGO) -- A San Francisco supervisor has introduced a resolution regarding the police shooting deaths in Ferguson and New York that has police in San Francisco fuming.

But the head of the Police Officers Association is outraged that the resolution even mentions San Francisco.

"It appears to me he is simply fanning the flames and jumping on the bandwagon of what may have occurred, and decisions that were made on the other side of this country," said Martin Halloran, SFPOA President.

The resolution says San Francisco is not immune to tensions between communities and police after incidents like the fatal officer involved shooting in March of Alex Nieto in Bernal Heights.

"These are people who have been demonstrating here in San Francisco for months about concerns they have. I think often people get upset about being criticized, but really I believe what we're calling for is a stronger relationship between us," said Avalos.

Avalos wants the justice department to review all local policing practices and have uniform standards for community involvement.

"This department and association has done more outreach to all communities in San Francisco, including African-American communities and Latin communities," said Halloran.

He wants any mention of them pulled from the resolution. The supervisors are expected to vote on it soon.