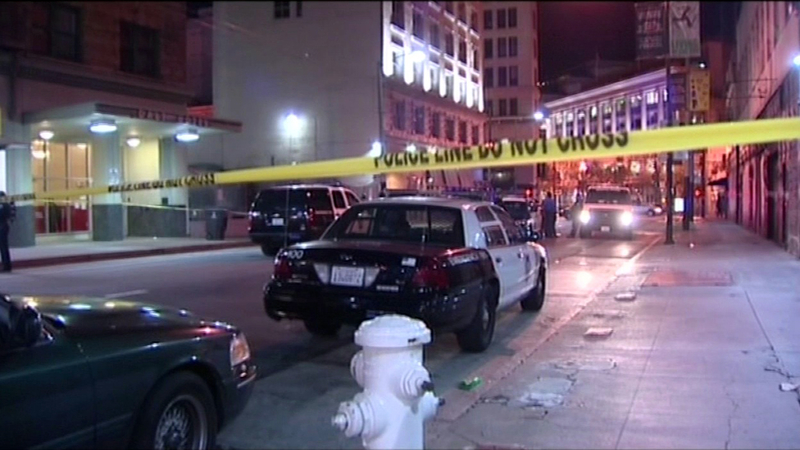 SAN FRANCISCO (KGO) -- The driver of a fuel tanker truck may not realize that a man hanging onto the back of the truck was run over and killed in San Francisco's Tenderloin neighborhood late Tuesday night, police said.

Witnesses told police that a man was riding along, hanging on the truck between two fuel tanks it was towing as it drove along Mason Street just before midnight, police said.

As it turned onto Turk Street, the man fell and was struck by the trailer, according to police. He was pronounced dead at the scene.

The truck driver left the scene but might not be aware of the man's death because of the circumstances, police said. Investigators are still trying to identify and locate the driver.
Related topics:
san franciscotraffic fatalitiescrimehit and runpedestrian struck
Copyright © 2021 KGO-TV. All Rights Reserved.
More Videos
From CNN Newsource affiliates
TOP STORIES