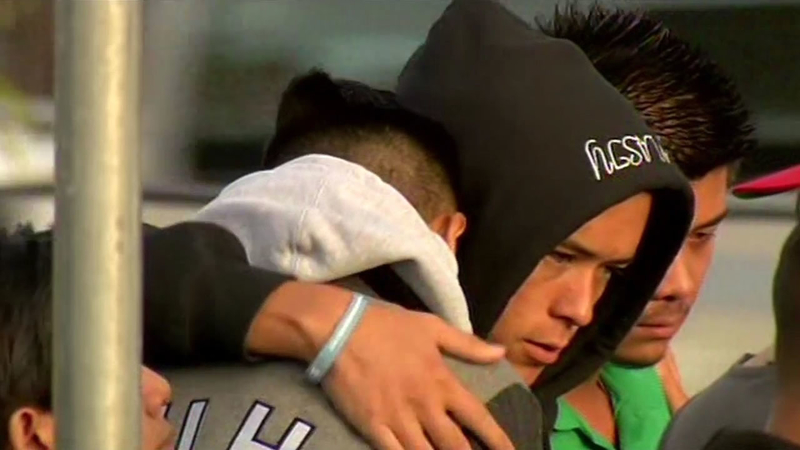 SAN JOSE, Calif. (KGO) -- Students at San Jose State University are mourning the loss of one of their own. Chi Lam, a 22-year-old, was hit and killed by a suspected drunk-driver who police say left the scene of the accident.

People have left flowers and candles on the sidewalk just a short distance from where Lam was found lying in the middle of the street. He was crossing the road just outside his fraternity house.

Monday night members of Delta Sigma Phi held a special prayer in his honor. Whether it was through his fraternity, his classes, or one of his cultural organizations, those who knew Lam came together to remember him.

The computer engineering major died at the hospital Monday afternoon, one day after he was hit by a suspected drunk-driver while crossing the street in front of his Delta Sigma Phi fraternity house.

Carlos Rodriguez is president of the fraternity.

"I was sleeping, so I ran out of my room where I heard ambulances and stuff like that," he said.

They say he sped away from the scene, then ran into his apartment after he crashed into some parked cars nearby.

For Lam's friends, his sudden death comes as a complete shock. He was only months away from graduating.

"We're supposed to graduate this upcoming spring together and we're supposed to walk together, so this is going to be kind of hard walking without him," Lam's friend Tan Nguyen said.

Friends say Lam will be remembered as a kind-hearted, genuine person who made others smile.

In addition to his fraternity, Lam was active in the Vietnamese Student Association.

Alex Chen says the last time he spoke to him was last week.

"And it was only through like Facebook or something. I only wish I spent a little bit more time before this week," Chen said.