The Key to Stopping Zika Virus From Spreading in the US 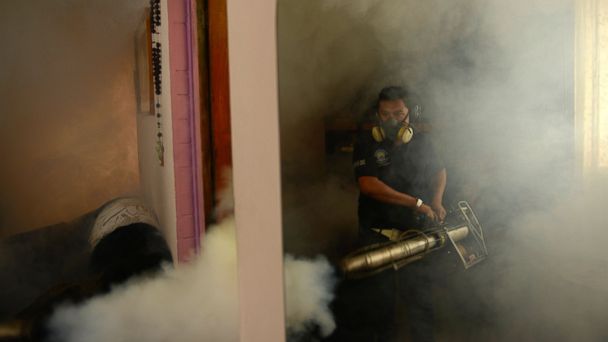 ABCNews
By GILLIAN MOHNEY
With the Zika virus spreading across South and Central America, health officials are increasingly looking at how it could impact the U.S., and whether it's inevitable that the virus will become endemic here.

President Obama called in medical experts on Tuesday and called for "research efforts to make available better diagnostic tests, to develop vaccines and therapeutics, and to ensure that all Americans have information about the Zika virus and steps they can take to better protect themselves from infection."

The virus is spread mainly through the Aedes aegypti mosquito, though it has been known to also spread through another mosquito species called Aedes albopictus. There is no vaccine or cure for the disease.

The World Health Organization and the Pan America Health Organization said this week that they expect the virus to eventually reach "all countries and territories of the region where Aedes mosquitoes are found." This includes large swaths of the United States.

Infectious disease experts said there are multiple steps that officials can take to diminish the chance of a widespread Zika outbreak.

"The only proven tools we have in hand is mosquito abatement and public health recommendations," Hotez said.

It's possible that health departments in various states will take the same approach as they took to stop dengue fever, which is spread by the same species of mosquitoes.

The CDC currently advises health departments to test people for the Zika virus rather than check mosquitoes for the virus because it is more efficient. Additionally, the CDC advises containment and large-scale spraying in an area in the case of a Zika outbreak.

For the viruses associated with the Aedes aegypti mosquito, the CDC recommends starting a public education campaign so residents in an area with an outbreak use insect repellent and cover their skin as much as possible. They are also advised to get rid of standing water where mosquitoes could breed.

At the beginning of mosquito season, the CDC advises monitoring and spraying areas with high numbers of mosquitoes that could spread the virus.

Any water that cannot be dumped out can be treated with larvicide to stop the mosquitoes from breeding. If a single person is infected in the area, health workers are advised to eliminate any mosquito breeding ground between 100 to 200 yards around the house.

In event of a cluster of cases, the CDC advises that health officials spray for mosquitoes in the area where the outbreak is reported and go door-to-door for inspections.

Areas of particular concern are storm drains and roof gutters.

Hotez noted that that dengue fever outbreaks have popped up throughout the South in the U.S., and that he hopes public health officials will take steps soon to educate people who may be in the path of the Zika virus outbreak.

"We need to be more anticipatory in where the virus is going," he told ABC News. "Start taking steps now for aggressive mosquito control where we know the virus is and where we know it is going and providing active public health recommendations."

He also said new technology, including DNA-modified mosquitoes that could curb the breeding of mosquitoes carrying the virus, should be tested in pilot studies.