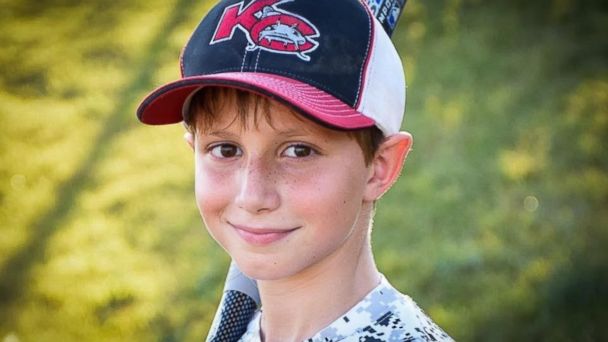 ABCNews
By EMILY SHAPIRO
A 10-year-old boy who died on a water slide in Kansas City suffered a fatal neck injury, officials said, as a witness recounted the "horrific scene" and the "panic" that erupted in the wake of the incident last Sunday.

He then saw a raft come through, and "immediately after the raft ... you see a body," he said.

He said there were two women sitting in the back of the raft with blood on them.

Castaneda, who says he hasn't been interviewed by police, said he then started running towards the slide after which he said he heard a lifeguard yelling and a boy screaming hysterically.

Castaneda saw the young victim, Caleb Schwab, laying in the water, but he said a lifeguard told him, "There's nothing you can do."

Police said Caleb suffered a fatal neck injury. The two other women in his raft, who were not related to Caleb, suffered minor injuries, police said.

Family Pastor Clint Sprague told reporters today that Caleb "was an incredible young man" who was "full of life."

He was "affectionate" and a "hugger," Sprague said, and he loved baseball, basketball and his church.

"Caleb was a 10-year-old child, but in many ways he was a man of God," Sprague said.

A memorial service will be held Friday afternoon, Sprague said.

The boy's father, Kansas Rep. Scott Schwab, thanked the community for the outpouring of support his family has received.

"Since the day he was born, he brought abundant joy to our family and all those he came in contact with," he said.

Kansas House Speaker Ray Merrick sent an email to other members of the state legislature asking for their prayers for the boy's family.

"It is with an absolutely broken heart we have to ask for prayers for the Schwab family who suddenly and tragically lost their sweet and energetic son in an accident today," he wrote. "No words can express the pain we all feel for this terrible tragedy."

In a statement, park officials said they "are deeply and intensely saddened for the Schwab Family and all who were impacted by the tragic accident."

"The family and each and every one of those affected are foremost on our minds and in our hearts today. We ask the community to please keep all of those impacted in your thoughts and prayers," representatives for the park said.

Schlitterbahn said all rides are inspected daily before opening. The Verrückt ride is closed but the park is tentatively scheduled to reopen on Wednesday.
Related topics:
abc newsnational
Copyright © 2020 ABC News Internet Ventures.
More Videos
From CNN Newsource affiliates
TOP STORIES
Man pays $1000 to get dog back after smash and grab in SF
Missing couple found: Meet the Marin County volunteers who helped saved their lives