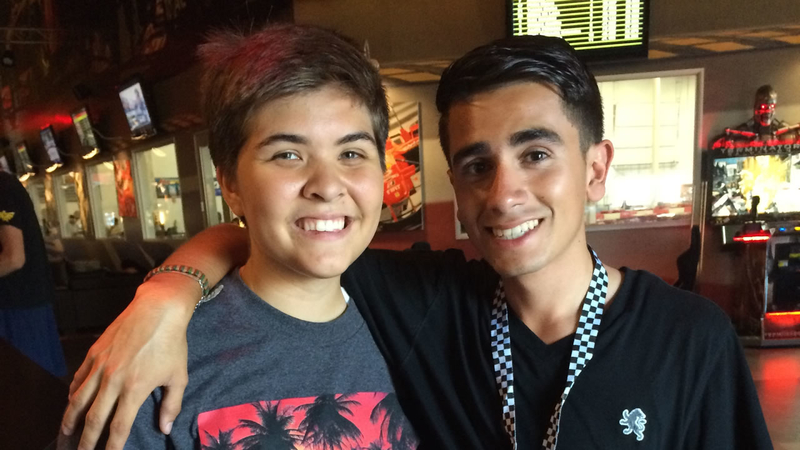 GILROY, Calif. (KGO) -- A San Jose high school student is being remembered as a remarkable young women who had everything going for her, until the small plane she was in went down over the weekend.

Lincoln High School senior Kiely Vaca was killed in the crash in a remote area near Gilroy.

Students say it was very quiet at school on Monday. By all accounts, Vaca wasn't just well-liked, she was beloved. She was 18 years old and played varsity basketball.

News of her death hit the student body hard.

"Every class, you could hear a pin drop. Everything was silent," said student Nisreen Abuayed. "Usually it's really upbeat. Today, a lot of teachers said if you need a minute, to put your head down."

Volunteers gathered in the remote spot outside Gilroy where Vaca and 69-year-old Jon Dennis died in a plane crash Saturday night. Investigators are looking into why small plane went down, while those who knew Vaca are remembering how much she touched their lives.

"She put others before she put before herself in. Like she was really compassionate," John Garcia said. "She would try to help others out before she would help herself."

Grief counselors were at school all day to help students and teachers cope with the teen's death. Those closest to her were so distraught they didn't go to school at all.

"There might be some teenagers who haven't experienced a death of such a close friend, so it's really a time for parents to be on the lookout," San Jose Unified School District spokesman Jorge Quintana said.

Employees at Great America in Santa Clara are grieving too. Vaca worked in the park services department for two years. She was one of 2,500 hundred employees, but her manager Dan Murillo said she stood out.

"I always played around with her," he said. "I called her Ky-Ky, so she started calling me Dan-Dan. So every time we greeted each other she's like, 'Hey, Dan Dan' with her big smile, positive attitude."

She had a big smile that will no doubt live on in people's memory.