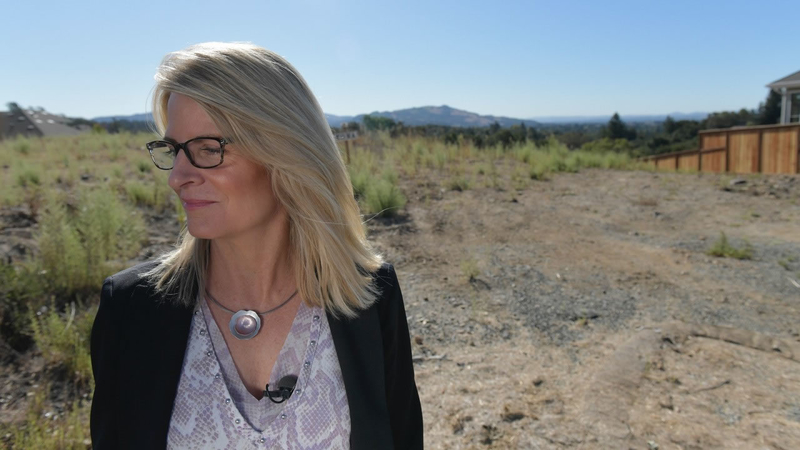 SONOMA COUNTY, Calif. (KGO) -- It's like Sonoma County's version of Stonehenge, though not nearly as old, and what led to this has never been a mystery.

It's the tangled stuff from more than 1750-thousand tons of foundations, sidewalks, driveways, and patios, ground down. It's physical residue from the North Bay Firestorm still being recycled.

For fire victims still dealing with losses, however, residue takes many forms.

It is Sonoma County’s version of Stonehenge, though not nearly as old---the tangled stuff from more than 1750-thousand tons of foundations, sidewalks, driveways, and patios, ground down---physical residue from the North Bay Firestorm. #abc7now pic.twitter.com/hE4AkZqk7q

"I am getting too old for this," said Narsi Samii of Larkfield Estates.

"You never know what will happen in life," added Pam Hight of Fountaingrove.

"I think the years after are worse than the fire," said her neighbor, Brenda Gilchrist. 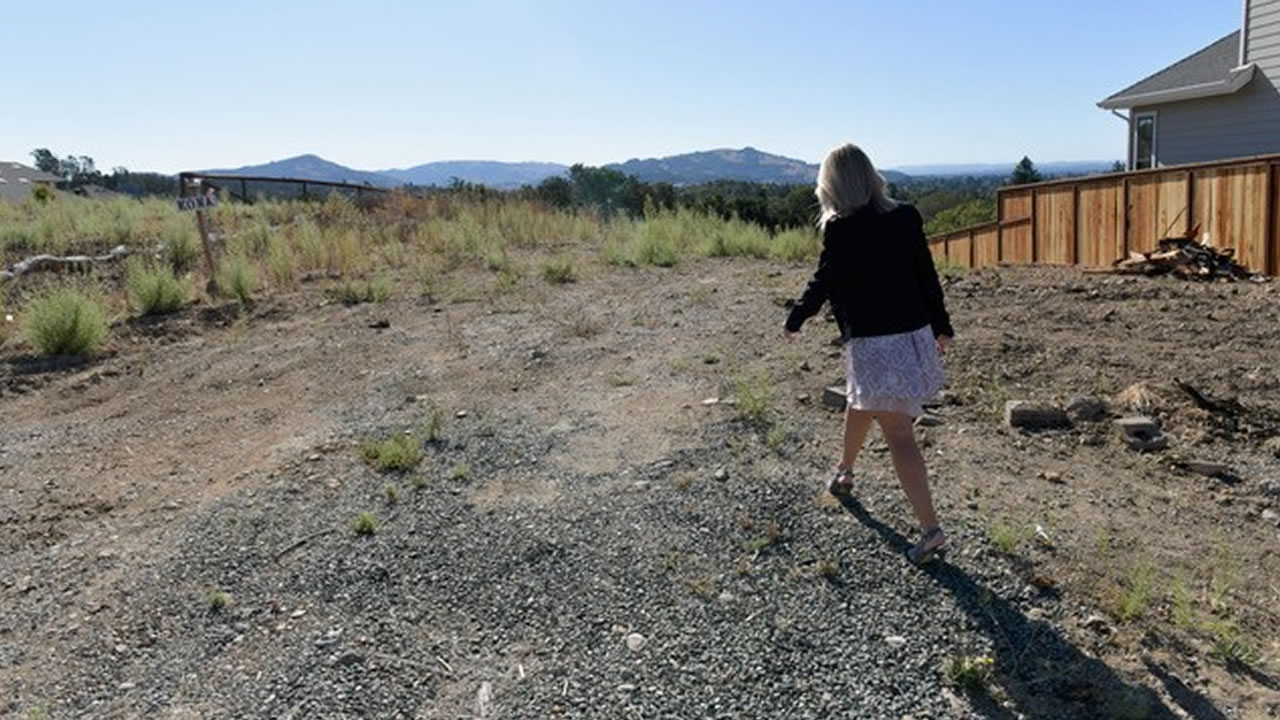 Two years after the fire that took 24 lives and changed so many others in Sonoma County, it remains as vivid as yesterday.

Five-thousand, five-hundred homes burned. Since then, owners have rebuilt just 253 of them, with roughly 800 more in construction. That represents 20 percent of the losses.

"The kitchen was here. That was the garage," pointed Brenda Gilchrist as we walked across her property.

She expected to be in a new house, by now, but it remains a vacant lot. She's part of the 85 percent of homeowners and renters, here, who were underinsured by a combined billion and a half dollars, at least.

The clean-up phase ruined her. "I said please call me before you remove my foundation."

Brenda says testing showed that her foundation had, indeed, survived the fire. But when the Army Corps of Engineers came through, crews cleaned the lot bare against her wishes, and now claim no responsibility. Without reimbursement, Brenda has little hope of rebuilding.

"I was shocked. It felt like someone punched me in the stomach. I feel let down by the city, the government, and the Army Corps. I am considering suing."

A few miles away, in Santa Rosa's Larkfield estates, there is another empty lot. The house that used to stand here resides only on Narsi Samii's computer screen. "I wouldn't even think it would take a year to get my house rebuilt," he said. 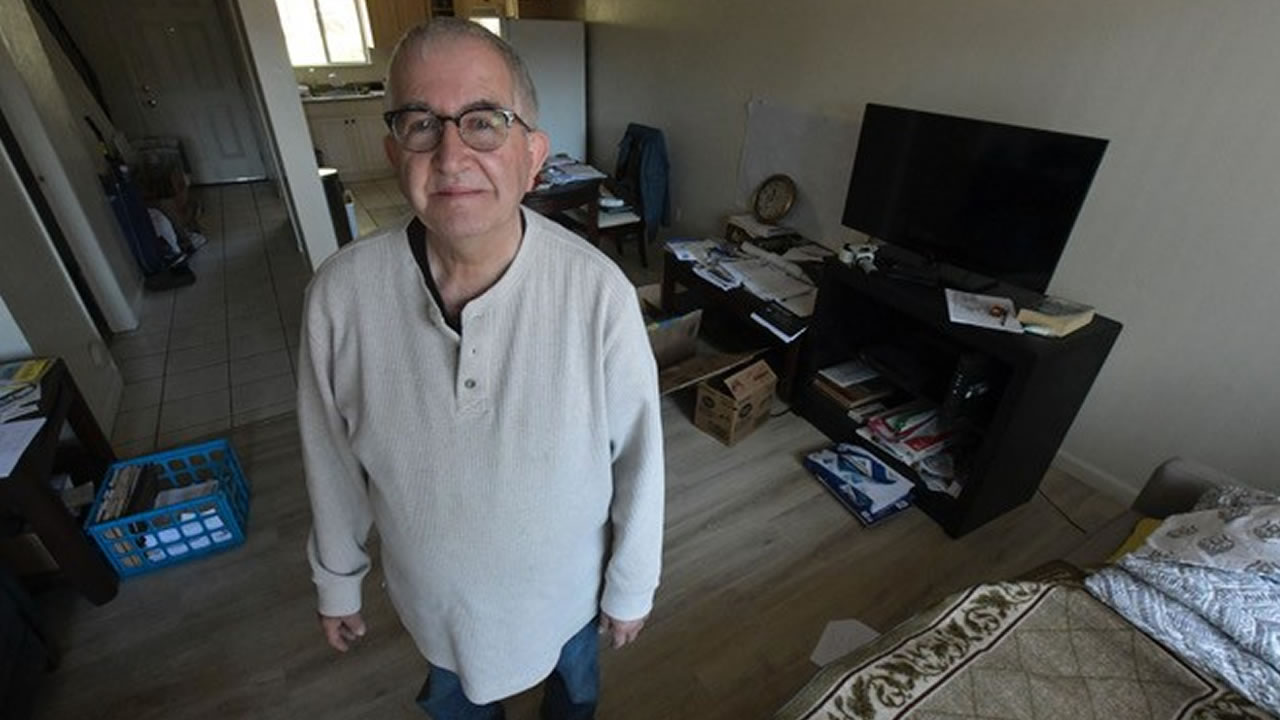 This Tuesday, Oct. 8, 2019 shows Narsi Samii in Sonoma County, Calif. He lost his home in the North Bay Fires two years ago.

But Narsi has made little progress. He has yet to reach a settlement agreement with his insurance company. This week, Narsi is one of more than a thousand victims for who alternate living expense coverage has run out. To make ends meet, he's moving from this condo to a studio apartment at half the rent. We watched him pack for the new place.

But two years later, there is some good news. Not everyone has moved out.

"In my wildest dream I never thought I would lose my house," said Pam Hight.

"Well I think you can get through anything if you're persistent," added her husband, Ray.

ONLY ON ABC7NEWS.COM: Central Valley company hired to rebuild after Tubbs Fire appears to have closed

They live just a couple of doors up from Brenda Gilchrist. The rebuilt home doesn't have much furniture, yet. It's been arriving piece by piece.

"Love it!" exclaimed Brenda as a table came through the door. The Hights are different in another way, as well.

Brenda Gilchrist as we walked across her property. She expected to be in a new house, by now, She’s part of the 85 percent of homeowners and renters, here, who were underinsured by a combined billon and a half dollars after the #TubbsFire. #ABC7now pic.twitter.com/T7X7mvwVyg

When flames from the Tubbs inferno took their home, they had already retired from their jobs as, get this.... fire insurance adjusters for State Farm.

"The irony has struck me," Ray admitted.

Pam continued. "We used to tell the clients, 'Oh I understand. I have empathy.' I had no clue what they were going through. It's a whole lot different on this side."

Even though they had worked in the field, not even the Hights had enough insurance. They fought for what they could get. "

Some of those adjusters from out of stare were overwhelmed," said Ray.

But at least they knew the ropes. And, they understand how so many people needed more coverage.

"When you have 62-hundred people bidding against you for contractors and materials, it will drive the cost up," said Ray. "99 percent of fires would not be as severe as what people experienced here."

Still, so much pain and so many unknowns, for so many people.

If only that heap of rubble could talk.

"Somebody said it throws friends together and tears marriages apart. We celebrated our 50th while we were out of the house," said Ray.

Pam picked up the story from there. "And the interesting thing I found digging through the rubble was the top of our wedding cake."

Then she started to cry. Tears of joy. Maye tears of residual sadness.