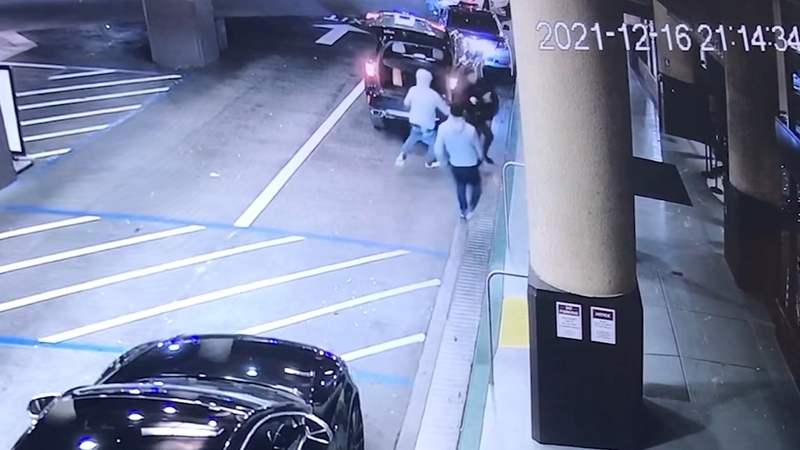 EXCLUSIVE: Man robbed at gunpoint while unloading at Oakland hotel

OAKLAND, Calif. (KGO) -- A brazen armed robbery was caught on camera outside an Oakland hotel, as hotel occupancy rises slightly across the country during the busy holiday season.

Surveillance video used in the Oakland police investigation shows a man, who did not want to be interviewed on camera, unloading his car to check-in to the downtown Marriott on Broadway Thursday evening.

In what seems like an instant, two armed with guns run toward the victim. One of the men grabs the victim's bag, which according to the victim included a high-end watch, cash, a laptop and Christmas gifts.

The victim said he thought the area was safe, given the amount of people who were around.

ABC7 News has reached out to OPD to learn if the suspects have been identified or apprehended.