2 people rescued from 3-alarm structure fire in Oakland; cause under investigation 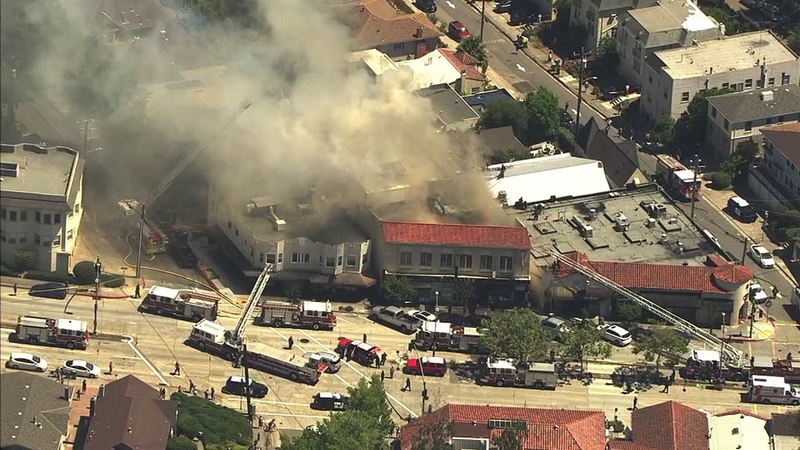 OAKLAND, Calif. (KGO) -- Two people were rescued from a 3-alarm structure fire that broke out Monday afternoon in Oakland.

Fire officials say approximately 60 personnel worked to put out the fire at a commercial building at 4228 Park Blvd.

Update: The fire, which was running the length of the building, has been contained, 50 minutes into the incident. For your safety, Please avoid the Park Blvd corridor between El Centro and Excelsior. https://t.co/OGO2a5Jerz

When firefighters arrived on scene, they found two people who worked in the building on the roof and used the ladder truck to help them get down.

The three-story building has many shops on the ground-floor including the Dollar Shop and Beyond, Banana Blossom, and Blake's Martial Arts.

Approximately 60 #OFD personnel are working a 3-alarm Fire at 4228 Park Blvd. This is a commercial building. Two workers on the roof were rescued early on. No other injuries. Cause of blaze is unknown at this time. Avoid the Park Blvd area between Wellington and Excelsior. pic.twitter.com/VKuTHwwRhO

Fire officials say no one was injured in the fire and the cause is under investigation.