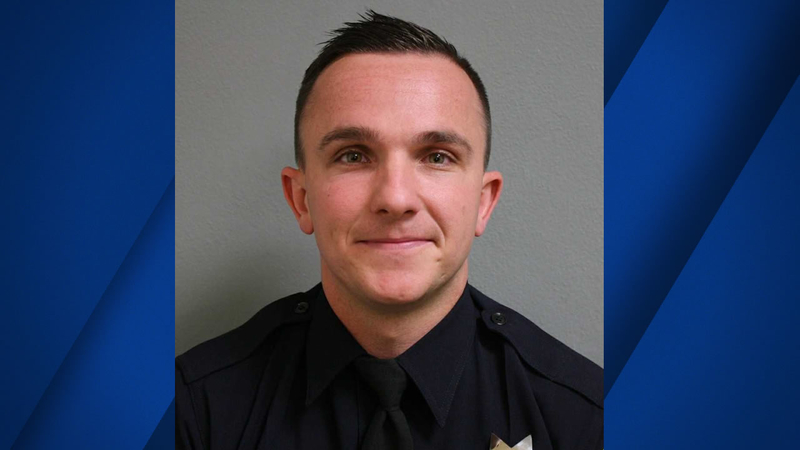 OAKLAND, Calif. (KGO) -- Officials say Oakland Police Officer Jordan Wingate was responding to a call reporting a suspicious person near 7th Street and Middle Harbor in Oakland Monday when he collided with a car and a semi truck.

Oakland firefighters had to extract Wingate, who was later taken to a local hospital. He is currently still in critical condition. No others involved in the crash were injured.

Wingate, 22, started his career with the Oakland Police Department in 2013 and was hired as a trainee in 2016. He later graduated from the department's 176th Basic Academy in 2017 and is assigned to the Patrol Division.

Officials say they are still investigating the incident.

OPD says officer was trapped in his vehicle. Fire department extricated him from vehicle. pic.twitter.com/1g3aCy5qyw

Driver of semi truck tells @abc7newsbayarea he was sleeping in parked truck when collision occurred. He is okay. pic.twitter.com/F8trO6UXWV

Update: @oaklandpoliceca tells me the officer in critical condition was “fairly new” to the force. All drivers involved in crash are on scene & cooperating. No one else was injured. Officer in hospital now. Road at port will be closed for hours. #BreakingNews @abc7newsbayarea pic.twitter.com/9ZzPDXcEXD