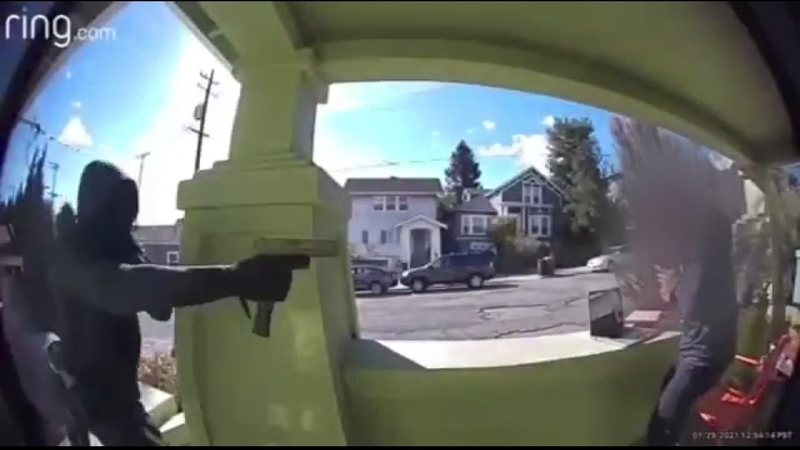 OAKLAND, Calif. (KGO) -- Some neighbors in Oakland are on alert after an armed home invasion robbery was caught on camera in the city's Fruitvale/Central area of the city.

Oakland police are using surveillance video in their investigation, showing suspects using semi-automatic handguns to force a man into a home.

A cellphone along with money and three firearms were taken by the suspects.

There were no injuries reported but Oakland police ask anyone with information that can help with the investigation to call 510-238-3326.