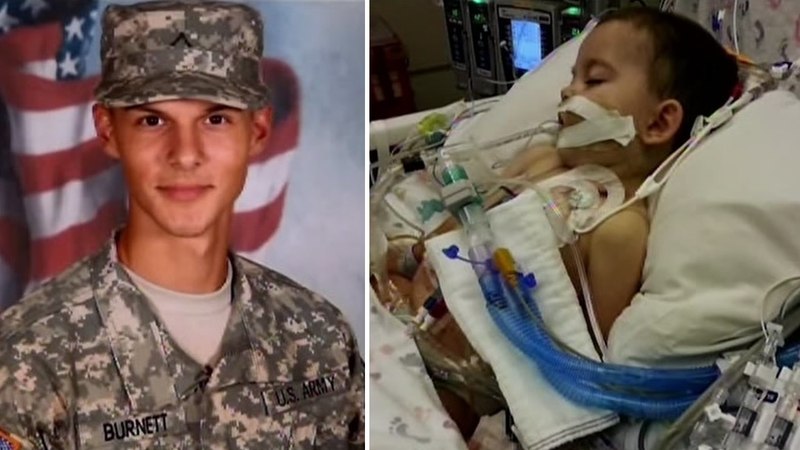 PLEASANTON, Calif. (KGO) -- Tragedy can tear people apart, but it can also bring them closer together. In the case of these two families, one's loss helped give life to the other.

Meet Matthew and his dad. We'll tell the story of this brave young man and the organ donor who saved his life. pic.twitter.com/aR8SZSgvm3

Maggie Kolb of Woodland and the Ouimet family of Antioch look like they've known each other all their lives. Actually, they've only known each other for three years, and all because of an energetic little boy named Matthew.

"It does my heart so much good to see that and I love to see him running around," said Kolb.

But, it wasn't always that way. When he was just a few months old, Matthew would get sick, really sick, and really often. Doctors found a rare disease was destroying his liver and kidneys.

"When you hear the words end-stage renal failure it just sounds so final and so scary," said his mother, Kristi Ouimet.

His parents had to drive from Antioch to San Francisco six days a week for Matthew's dialysis. He wouldn't survive without a transplant. Three times they were told there was a donor. And three times it fell through, until a 2013 automobile accident took the life of a 22-year-old Army veteran.

"What better way to leave a legacy than to save someone's life," said Kolb.


Her son, Brandon Burnett, was that donor. Though she misses him every day, she's happy that part of him lives on in Matthew. Not just that, the two families instantly became very close.

"Just to find out the similarities in our lives and how close we lived and just so much going on, it was such a blessing," Kristi said.

Kolb has a son who is a CHP officer, Matthew's dad Kelly is a retired police officer, and mom Kristi was a cop for 10 years.

When he grows up, he wants to be a real-life superhero, but we think he's already there.