'The Trial of the Chicago 7' is based on the true story of a wild trial in Chicago surrounding an uprising at the 1968 Democratic National Convention. Now, 53 years later, it's going to the Oscars, nominated in six categories including best picture.

LOS ANGELES -- What It's About: What was supposed to be a peaceful protest turned into a violent clash with the police. What followed was one of the most notorious trials in history. "The Trial of the Chicago 7" is based on the true story of a wild trial in Chicago surrounding an uprising at the 1968 Democratic National Convention.

Instead of congregating on the stage of Los Angeles' Shrine Auditorium for their best-ensemble win at the Screen Actors Guild Awards, the cast of "The Trial of the Chicago 7" called in on Zoom. Logging in from around the world were Sacha Baron Cohen, Eddie Redmayne, Frank Langella, Mark Rylance, John Carroll Lynch, Ben Shankman and other members of Aaron Sorkin's historical courtroom drama.

The film did not win in any of the Oscar categories in which it was nominated.

The win for Netflix's "The Trial of the Chicago 7" marked the first time a film from any streaming service won the guild's ensemble award. Written and directed by Sorkin, the film had been set for theatrical release by Paramount Pictures before the pandemic hit, leading to its sale to Netflix. The streamer is still after its first best-picture win at the Oscars.

Langella, who plays the judge who presided over the 1969 prosecution of activists arrested during the 1968 Democratic National Convention, drew parallels between that era's unrest and today's while accepting the award on behalf of the cast.

"'God give us leaders,' said the Rev. Martin Luther King before he was shot down in cold blood on this very date in 1968 - a profound injustice," said Langella, citing events leading up to those dramatized in "The Trial of the Chicago 7." "The Rev. King was right. We need leaders to guide us toward hating each other less."

In an interview following the pre-taping of the award for "The Trial of the Chicago 7," Langella called the virtual experience much more civilized. "I'm in my bedroom slippers," he said from New York's Hudson Valley. "I have no pants on," added his co-star Michael Keaton.

Redmayne, who plays Tom Hayden in the film, credited Sorkin and casting director Francine Maisler for assembling such a disparate group of actors - including Cohen, Rylance, Yahya Abdul-Mateen II and Jeremy Strong - into an ensemble.

"It was like a clash of different types of music, whether it was jazz or rock or classical -- but all of that coming together under Aaron. He was the conductor, almost," said Redmayne. "It was a joy day and day out to watch these great and different and varied actors slugging it out."

Fifty-three years after the convention, it's going to the Oscars along with its supporting actor nominee, Cohen.

Cohen plays political and social activist Abbie Hoffman, who was one of the seven political activists arrested for their anti-war activities during the '68 Democratic Convention. Cohen believes the film found an audience because it was on a streaming service during this stay-at-home pandemic.

"The beauty of some of these streamers is that millions of people around the world saw this movie, and they now know this powerful story and saw a great bit of art," said Cohen. "So that is the plus side of this not being theatrical."

Langella credits Sorkin for making this movie about something important and powerful.

"Aaron rose above that and caused all of us to do it, too, to think about this movie was about the greater good. What can we do in order to keep working for it?" said Langella.

"When I saw this cast, I went, 'Oh man, this is going to be--even though I didn't have much interaction with anybody, I like it. I want to be part of that kind of group," said Michael Keaton, who plays Ramsey Clark. "Frankly, it's an embarrassment to me. These guys did all the heavy lifting. I showed up for a couple days. I'm getting credit for not much, but I'll take it."

"It was just a joy day in, day out to get to watch these great and different varied actors slugging it out," said Redmayne.

"When you take a job in a movie called 'The Trial of the Chicago 7,' there's an assumption that it's going to be an ensemble picture," Lynch said. "It's a self-selecting group of people who want to work with others so intimately and being willing to risk their own process in such quarters. It is a tribute to the casting and to Aaron's script but also to the actors who said 'yes.'" 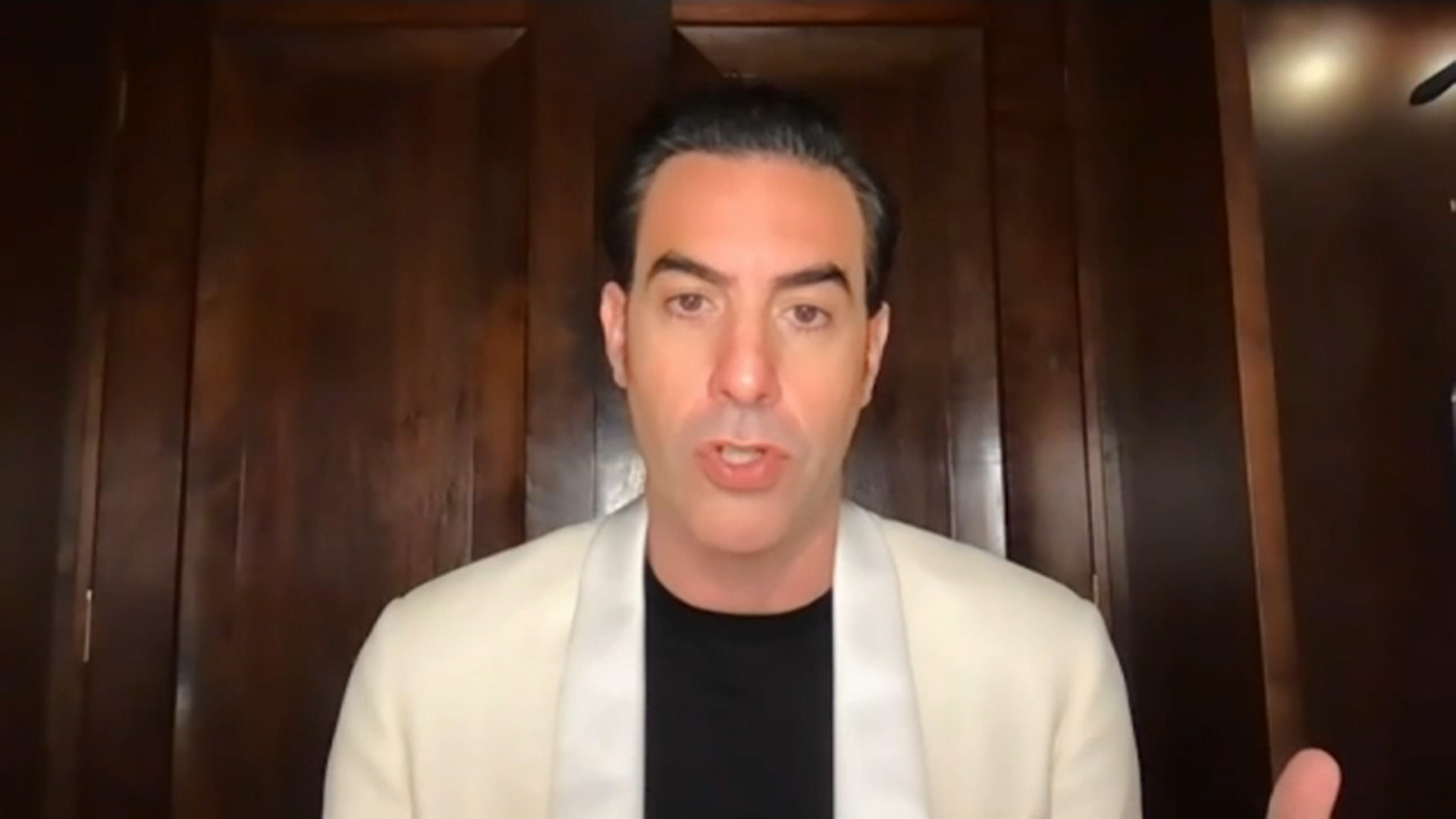 Questlove on the heart behind Oscar-nominated 'Summer of Soul'