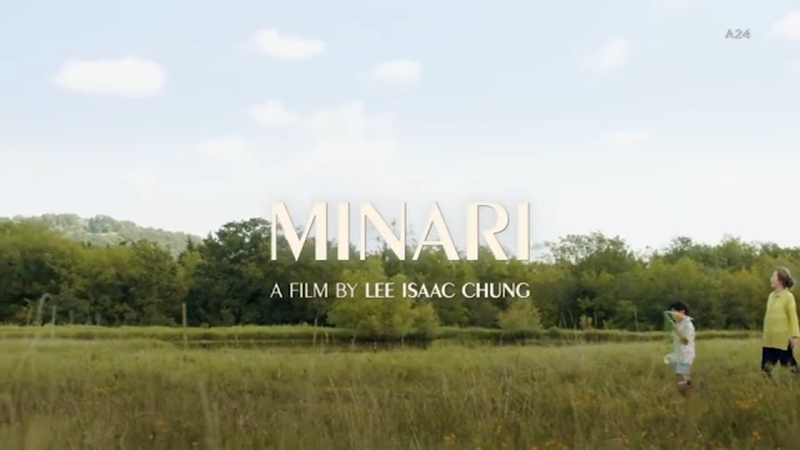 HOLLYWOOD, LOS ANGELES -- "Nomadland" or "Minari"? Chadwick Boseman or Anthony Hopkins? NPR film critic Tim Cogshell and Claudia Puig, the president of the L.A. Film Critics Association, are weighing in on some last-minute Oscar thoughts ahead of Sunday's ceremony.

"You know, everyone thinks 'Nomadland's' got it in the bag, and it may, but I feel like there's also this real affection for 'Minari,'" said Puig. "'Minari'" is one of those films nobody doesn't like it. There are some people who don't like ";Nomadland.'"

Cogshell said he would stand up in his seat if Emerald Fennell wins for her screenplay for "Promising Young Woman," calling it an extraordinary film and daring in every possible way.

And for best actor?

"The late, great Chadwick Boseman winning that Academy Award would be a wonderful thing to see,' said Cogshell.

An Oscars unlike any before will get underway Sunday night, with history on the line in major categories and a telecast retooled for the pandemic.

Puig would love to see Viola Davis, the leading lady in "Ma Rainey's Black Bottom," also win. But she admits the best actress race is a tough one to call.

But overall, Puig says she has really enjoyed this Oscar season.

"I actually think -- from a film critic's perspective -- it's fantastic because you have all these Indie films that may have gone under the, you know, radar," said Puig.

As we wait to see what this year may bring, Cogshell knows some things are for sure when it comes to the Academy Awards.

"Elegance, beauty, all of the fittings that we've become so accustomed to with respect to the Academy will be there," said Cogshell. "Those gigantic golden Oscar statues will be all about for us to see."