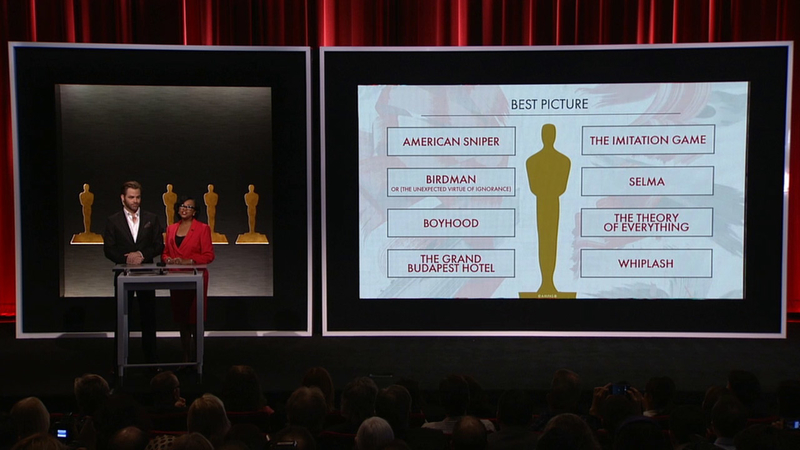 LOS ANGELES -- A lack of diversity is what is being noticed following Thursday's Oscars nominations.

Five deserving performances were recognized with "Best Actor" nominations, and the same goes for "Best Actress" and both supporting categories. But one thing that is missing is that there isn't anyone of color in the line-up.

This year marks the least diverse Oscars list in 17 years, and that has not gone over well on social media.

Twitter and other sites exploded with comments, with one of the most visible hastags: "Oscars so white."

Dr. Darnell Hunt, co-author of the annual Hollywood Diversity Report, said the lack of color may have to do with the way the industry is built.

Academy President Cheryl Boon Isaacs believes the organization is working on having a more diverse presence.

"The good news is that we, as the Academy, and even in the motion picture business, is spending more time...of seeking out new talent, new voices, diversity," she said. "And we, all of us, moviegoers and the audience, we're learning about new filmmakers that we didn't know about maybe last year or the year before."

However, not only were there no people of color nominated from the acting ranks, there were also no women recognized in either the director or writing categories.

Hunt said he does not see a radical change in the immediate future.

"Unfortunately, until the Academy membership changes, we probably won't see any wholesale changes in the way these nominations come down," he said.