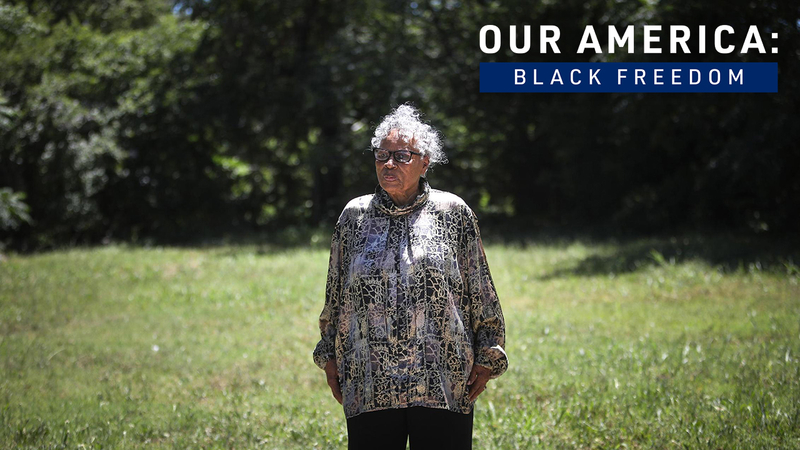 Shortly after D-Day in 1944, Fletcher was in the back of a vehicle delivering supplies to Allied troops who were off the coast of France when he and his fellow servicemembers were hit by a German missile. The driver was killed, and Fletcher was left with a large gash on his head.

Prominent activists, allies consider what 'Black Freedom' looks like to them ahead of Juneteenth

Fletcher's wound from that incident and others should have earned him a Purple Heart. But as was the case for many other Black Americans in the military, he was denied the honor due to racism.

Last week, 77 years after the fact and at the age of 99, Fletcher finally received the Purple Heart. 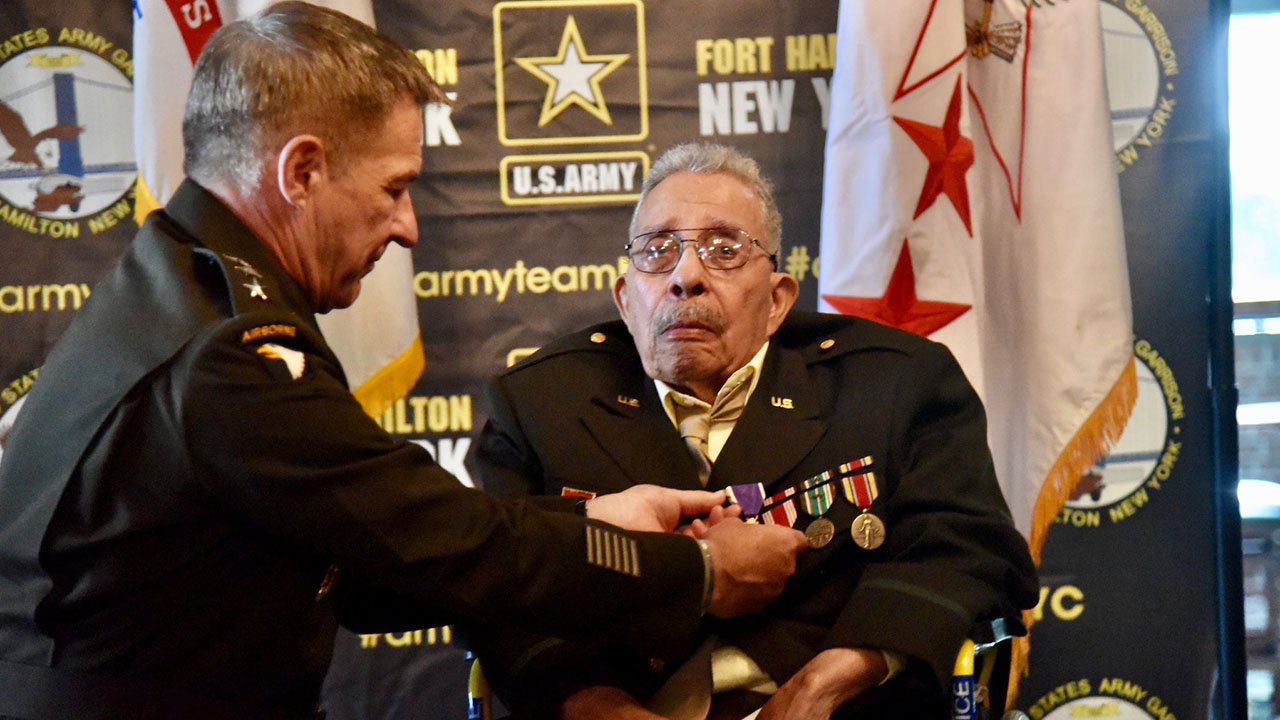 Generally, for a wound to meet the criteria of the Purple Heart, it must have resulted from either an enemy or hostile act or friendly fire, it must require treatment by a medical officer, and it must be documented in the soldier's medical record. But Streets said her father knew there wouldn't be medical records of his wound because he was never hospitalized -- "It was always just a matter of patching up and sending back" Black soldiers.

At a ceremony on June 18 in Fort Hamilton, Brooklyn, Army officials and other leaders praised Fletcher for his service and acknowledged that what he endured was an injustice.

"Today, we pay long overdue tribute for the sacrifices he made to our nation and for free people everywhere," US Army Chief of Staff Gen. James McConville said at the June 18 event, according to the New York Daily News.

Fletcher, sitting in his wheelchair while decked out in military regalia, remarked, "It's about time."

The effort was years in the making

Getting Fletcher the recognition was a battle in itself, said Streets.

For decades, she said her father rarely ever spoke of his service in World War II. Upon his return to the US, he went on to work as a high school teacher, as a sergeant for the New York Police Department and as a community relations specialist in the Brooklyn district attorney's office.

Fletcher began talking more about his time in the war about 20 years ago, Streets said. But it was a trip to Normandy several years ago that finally made him want to speak up.

Fletcher told his family about the prejudice he and other Black soldiers faced at the hands of their White counterparts -- and about how he never got a Purple Heart. At the time, though, Streets said she and her family thought there was nothing they could do about it.

After conversations with other relatives, Streets started the process of trying to help her father obtain the Purple Heart he never received -- an effort she would be engaged in for about seven years. She says she didn't see much success though until a group of filmmakers behind the documentary "Sixth of June" read about her father's story and got involved.

In April of this year, the US Army announced that Fletcher, along with former warrant officer Johnnie Jones, would finally receive the Purple Hearts they had earned so long ago.

Army officials were able to verify their stories based on the testimonies of the two men, historical data and other sources.

"These men have the scars and stories that are hard to ignore," Lt. Col. Scott Johnson, the Army Human Resources Command's chief of awards and decorations, said in a news release.

When Streets first delivered the news to her father, she asked him how it felt to finally receive the honor he had been fighting for all these years.

It was a typical response from her father, who isn't typically one to make a big show of emotion, Streets said. But she knows it meant so much more.

"I think it was an amazing weight off of his shoulders to finally be validated, to finally have his story out there," she added. "The sad thing is that there are so many more who have the same story and were never acknowledged."