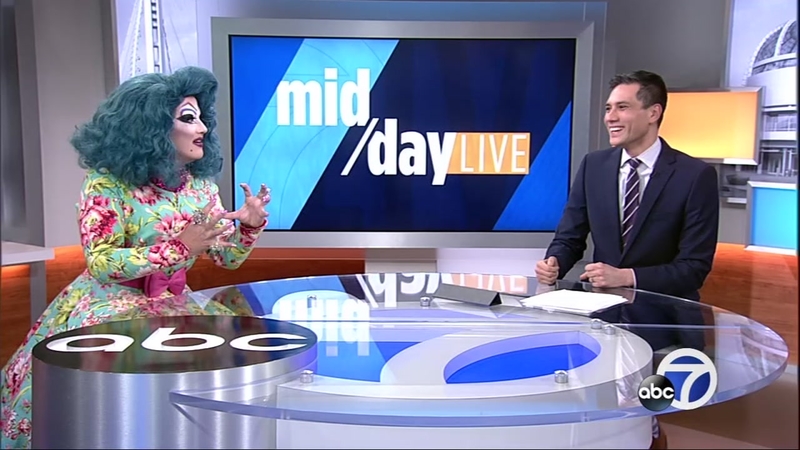 SAN FRANCISCO (KGO) -- 'Stop trying to make fetch happen.' It's the most famous line from one of the most beloved comedic films of the past couple of decades. Written by Tina Fey and starring Lindsay Lohan, the high school comedy about the perils of popularity, 'Mean Girls', is iconic. And there is nothing a drag queen likes more than simultaneously worshipping and eviscerating an icon. And so, 'Mean Gays' was born.

In her latest creation, the high school in the film is replaced by an all-queer student body. The character originally played by Lohan on screen is replaced on the Castro Theater's stage with a favorite from 'RuPaul's Drag Race', Kim Chi. Two other drag queen stars from the VH1 series, Willam Belli and Laganja Estranja round out the cast.

Watch the video above to hear more about Peaches Christ's latest production and the announcement regarding her next show. You'll also learn some key terms from the drag world that you can use at your next party.