Caught on Camera: Suspect loads belongings into saddlebag, rides off with stolen electric bike in Petaluma 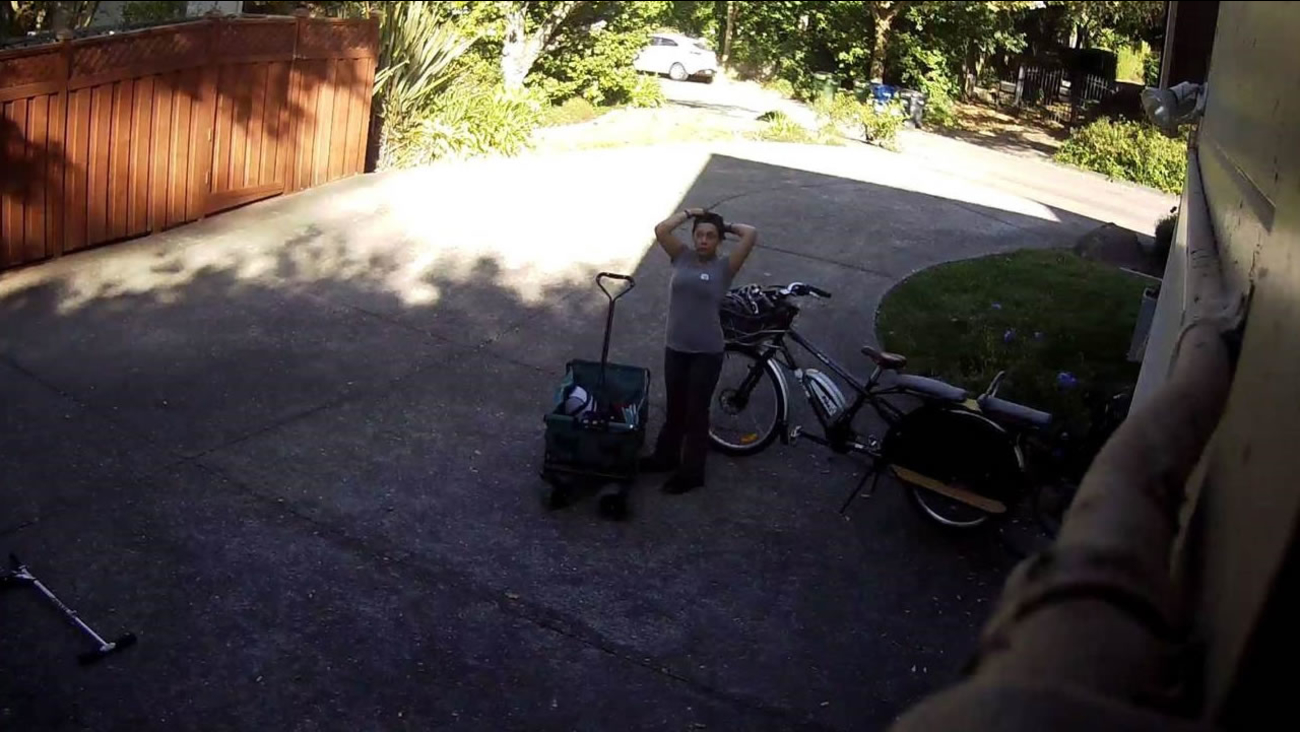 A woman suspected of stealing an electric bicycle is seen in Petaluma, Calif. on Saturday, Nov. 2, 2019. (Petaluma Police Department)

PETALUMA, Calif. -- Police in the North Bay are searching for a suspect was caught on surveillance stealing an electrical bicycle.

A woman hauling her belongings in a wagon down a Petaluma street this week apparently found a more convenient mode of transportation when she spotted an electric bike parked in a driveway.

Police released a surveillance photo of the suspect which showed the woman pulling a green wagon as she walked by a driveway on Kingfish Court.

The surveillance video taken around 3 pm on Saturday afternoon showed the suspect pausing on the sidewalk and walking up the driveway to where the electric bike was parked. After loading the contents of her wagon into the bike's saddlebags, police say she rode away.

A detailed description of the woman was not released. Police describe the stolen bike as a Yuba elMundo electric bicycle with a black and silver battery pack.

The Petaluma Police Department are asking anyone who recognizes the suspect or knows the location of the bicycle to call Officer Stephen Gray at (707) 781-1288.