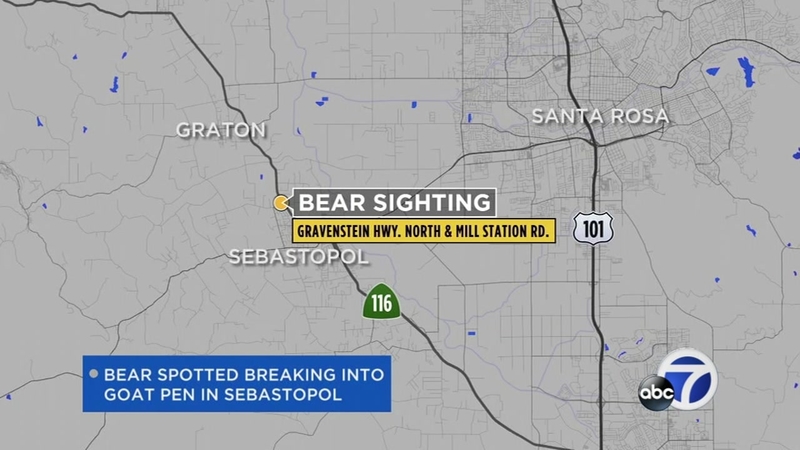 Police were notified around 3 a.m. about a large animal trying to enter the goat pen in the area of Gravenstein Highway North and Mill Station Road in north Sebastopol.

Police responded but did not find the bear. The Sonoma County Sheriff's Office and the state Department of Fish and Wildlife were notified of the bear sighting, police said.

A police dispatcher said there were no further sighting of the bear that morning.

There are fields and woodland in northern Sebastopol and unincorporated Sebastopol north of the city and police are informing residents there may be bears in the area.